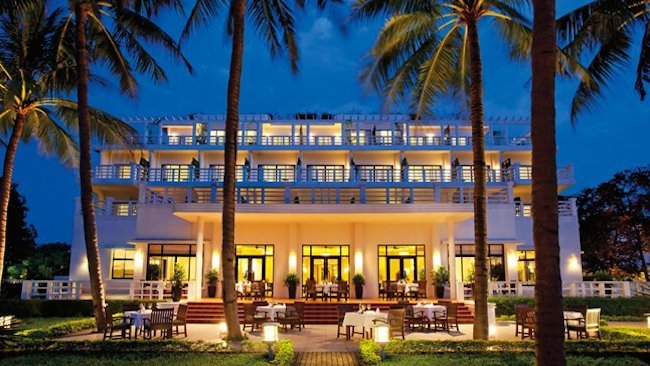 Twenty years after Vietnam emerged from decades of war and privation, lighting up on the radar screens of travelers worldwide, maturation of the country's hospitality industry reached a new milestone this month as La Residence Hotel & Spa appointed Phan Trong Minh as its new general manager.

The Hue native succeeds a string of foreign general managers and marks a turning point in Vietnam's hospitality industry.

"For so many decades, Vietnam's hospitality industry lay dormant, preoccupied as it was by the First and Second Indochina Wars, and then a decade and a half of really really tough times after 1975," said Kurt Walter, group general manager of Apple Tree Group Hospitality, an owner of La Residence Hotel & Spa. "There was no Lausanne School here, no Cornell, and for so long, no hotels of world class stature to groom the ranks of local management. But those days are over."

Today, he said, foreign travelers can be the beneficiaries of world class accommodation and local management. La Residence Hotel was lauded by Condé Nast Traveler on its Hot List in 2007 and one year ago won a place as one of Asia's top 20 resorts in Condé Nast Traveler's Reader's Choice Awards.

Minh's journey to the top spot at La Residence began in the former Czechoslovakia, not as a hotelier but as an assembly line worker in a company that manufactured electric goods.

“This was back in 1982,” said Minh. “I'd just graduated from high school, and Vietnam was still struggling to develop its economic foundation. So, like so many Vietnamese of my generation, I went to Eastern Europe.”

After six years in Europe, Minh returned to Vietnam and in 1993 started work as a waiter at the Century Hotel, then one of the city's top three hotels. Two years later, he transitioned to a job as a receptionist, and then on to work as a front office supervisor.

After 12 years at the riverside hotel, Minh worked two years in management at another top Hue hotel before joining La Residence in 2007 as the front office manager.

Aside from his native Vietnamese, Minh is fluent in English and speaks basic French. He is certified in small hotel management, and as a trainer for human resources and front office operations with the Vietnam Tourism Certification Board.

Unlike so many general managers at the country's top hotels, Minh was born in the city he now represents as its leading hotelier. Like many from Hue, he is passionate about his city, and the role his family has played in its heritage, and the preservation of that heritage. One of his family members is a renowned historian and an aunt is the great-granddaughter of Emperor Dong Khanh.

“Minh is born of an old Hue family,” said Walter. “This adds an incredible dimension to the guest experience at La Residence.”