Raffles Europejski Warsaw to Open in 2018 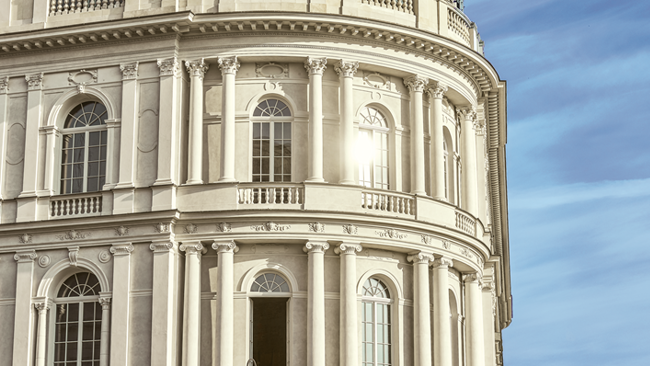 Situated along the Royal Route next to the Presidential Palace in Old Town, the historic building has been an icon since its inception. Through its thoughtful restoration project, rich blend of Polish heritage, skilled local craftsmanship and contemporary art on display, the Raffles Europejski Warsaw reflects the narrative of the nation's history. The property will feature 106 elegant suites featuring carefully curated Polish art by Anda Rottenberg and Barbara Piwowarska; a restaurant showcasing Poland's rich produce and cuisine; a bar and cigar lounge; a pâtisserie that evokes the hotel's fascinating story; as well as a spa featuring six treatment rooms.

Built by Enrico Marconi in 1857, the hotel quickly became enshrined in history, with its glamorous New Year's Eve ball parties, immortalized in the Polish 19th century classic, "The Doll" by Bolesław Prus. In the 1880's, Polish artists such as Józef Chełmoński and Stanisław Witkiewicz had their studios at the hotel and its patisserie was a well-known retreat for writers and poets.

Restored to its rightful pre-war owners in 2005, a majority stake was later taken in the hotel by Vera Michalski-Hoffmann, a publisher and patron of the arts. The new owner shared a vision with the founders' descendants to resurrect the property and give the Polish people a hotel as luxurious as it was in the 19th century while also showcasing the best of modern and contemporary Polish art.

The 106 elegant guest rooms and suites will be the largest in the city yet, with the Raffles Suite measuring a magnificent 3,150 sq. ft. Interior design comes courtesy of Warsaw-based and internationally-acclaimed WWAA Architecture in partnership with the National Opera House stage designer, Boris Kudlička and APA Wojciechowski. Known for their interdisciplinary and storytelling approach to their projects, WWAA was a perfect match for the Raffles Europejski Warsaw restoration project as they are able to revive the hotel's grand history in a manner that will speak to today's luxury traveler. Drawing on classic Polish design elements, wood floors come in blackened oak or in traditional marquetry, glossy veneer clad cupboard doors and brass add turn-of-the century elegance. Furniture and lighting are mostly bespoke and commissioned from local craftsmen and designers. Throughout the hotel guests will see references of Warsaw, whether in the skyline of the city etched into the marble of the bathrooms or the River Vistula which cuts through it, represented in an art installation behind the reception desk. Previous eras of the hotel have not been forgotten with original cornicing and ceiling roses immaculately restored in the restaurant and spa, complete with six treatment rooms, and the pool, housing a mosaic from the hotel's 1960's incarnation.

Spanish designers Lazaro Rosa Violan are spearheading the design of the Signature restaurant which will flow out onto the terrace of the magnificent Piłsudski Square, with the eternal flame of the Tomb of the Unknown Soldier at its far side. Interiors will be a bold mix of blue and white referencing Polish pottery traditions. There will also be a Long Bar and a Humidor, complete with a patisserie to serve the much loved Polish cakes and pastries.

Born in Germany and brought up in Paris, General Manager of Raffles Europejski Warsaw, Thomas Guss, the third generation of hoteliers in his family, brings with him an experience in 5* star hotels that stretches from mainland China to Berlin.

Today, the iconic Raffles collection includes 11 distinguished addresses around the world. In Europe, Le Royal Monceau, Raffles Paris is the most exciting palace hotel in the City of Lights, combining Parisian Chic with relaxed sophistication. Raffles Europejski Warsaw will set a new standard of luxury in the historic city while reinventing one of Poland's most iconic and beloved buildings. Raffles has also recently announced a partnership to complete its already stunning portfolio with an exclusive asset in London, transforming the Old War Office into a new British symbol of hospitality. Meanwhile Raffles Hotel Singapore, the iconic Grande Dame has announced that it will embark on a careful and sensitive restoration program.
Like Us
Facebook
Follow Us
Twitter
Follow us
Instagram