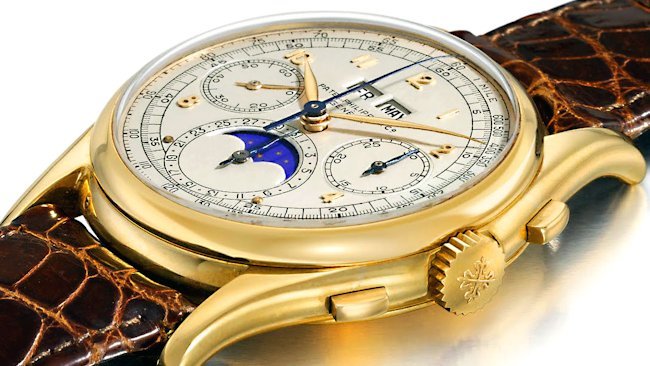 1. Chopard 201 ($25 million). This is the watch that simply best represents luxury. This 201-karat watch has been around the mid-19th century. What's interesting is that it looks more like a jewelry than a timepiece.

2. Patek Phillippe Henry Graves Pocket Watch ($11 million). This watch was originally made for an American banker named Henry Graves. This 18-carat gold watch houses over 900 parts, which took five years to be completed. Talk about an extensive project.

3. Patek Philippe Reference 1527 Watch ($5 million - pictured at top). This seemingly simple-to-wear watch was owned by the Stern family, who were the owners of Patek Philippe. Its rounded appearance features curve contours that when worn, is perfectly snug on the wrist. It is a very complicated watch because it features a silver dial, perpetual calendar and gold Arabic numerals, which are all are made of 18-karat gold.