10 New Zealand Experiences You Must Encounter this Lifetime 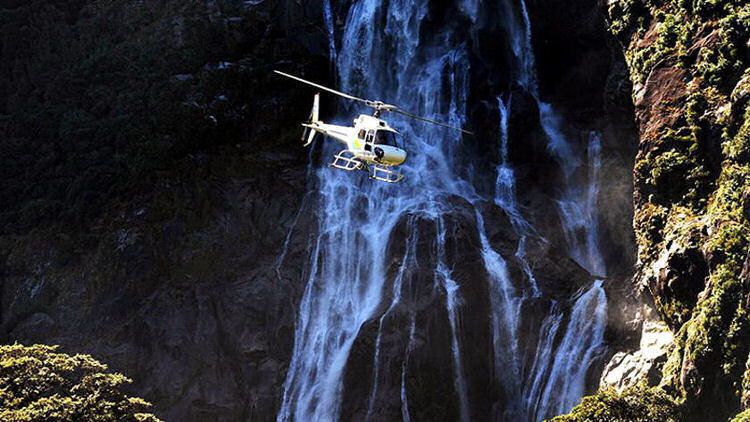 The mention of New Zealand invokes thoughts of vast landscapes, Lord of the Rings, award-winning wineries, and thrill-seeking adventures, all discovered at the end of the earth. With travelers flocking to this isolated paradise, small-group, active tour operator New Zealand Walking Tours ensures its guests know which experiences are not to be missed.

Here are 10 experiences to be savored in the land of the long white cloud:

1) Explore the Great Walks of New Zealand
New Zealand’s iconic countryside consists of over 500 stunning hiking trails that connect rainforests, dramatic granite peaks, and every fiord, lake, river valley and rugged coastline in between. Of these hiking trails, 9 are deemed particularly special by the New Zealand government with a tenth scheduled to open later this year: New Zealand’s Great Walks. Choose to hike one trail in its entirety or absorb a variety of landscapes with day hikes on several of the country’s Great Walks, famed for their unsurpassable views.

2) Indulge in locally-produced wine
Prepare your palette to be put through a journey of the senses. The South Island is home to the famous Marlborough wine region, known for its production of the best Sauvignon Blanc in the world, and the Central Otago region, producing some of the country’s best Pinot Noir. Boasting an array of soil types, the North Island is famous for producing Chardonnay, but also other varieties such as Cabernet Sauvignon, Merlot, Cabernet Franc and Syrah.

3) Hike, helicopter and jet boat in a UNESCO World Heritage Area
The Hollyford Experience is one of New Zealand’s best-kept secrets. Begin by catching a helicopter from Milford Sound and flying into rugged Martins Bay, home to one of New Zealand’s most remote luxury lodges; the Martins Bay Lodge. Take a short walk to Long Reef for panoramic views of the wild West Coast before enjoying farm-to-table meals made with fresh, local produce and locally-sourced venison, beef and salmon. Later, take an exhilarating jet boat ride across Lake McKerrow before walking along the Hollyford Track back to our lodge for morning tea, then another stunning helicopter flight over the world-famous fiord back to Milford Sound.

4) Experience real magic in New Zealand’s smallest National Park
The Abel Tasman National Park is famous for being New Zealand’s smallest, but arguably most iconic National Park. Turquoise green waters and lush native forest surround its golden sand beaches. But there’s a hidden secret here. Experts note that when the night is at its darkest, head to the nearest beach, wander into the ocean and move the water with your hands, watch in amazement as the sea literally comes to life. Billions of ocean phosphorescence emit light as the ocean is awakened, and a tranquil night will turn into a scene out of the movie Avatar.

5) Hike the Milford Track
Without a doubt, the Milford Track is the most famous of New Zealand’s Great Walks, known for some of the most spectacular views in the country. Starting at Glade Wharf at the head of Lake Te Anau, the Milford Track spans 33.5 miles and wanders through dense rainforests, epic granite mountain passes on route to Sandfly Point. Many hikers think the trail starts and finishes in Milford Sound, where in fact an explorer’s Milford Sound experience begins only once the trail is completed in its entirety.

6) Explore the path of an active volcano
Tongariro National Park is home to much of New Zealand’s volcanic activity, and arguably the world’s greatest day walk, known as the Tongariro Crossing. This 12.1-mile walk passes over Mount Tongariro, an active volcano scattered with crystal blue crater pools and live steam vents. Explore a variety of landscapes including ancient lava fields, barren alpine peaks, and lush rainforest.

7) Discover an ancient island and its wildlife
New Zealand’s North Island is surrounded by small uninhabited islands, including the Kermadec Islands, the Poor Knights, and the lesser-known Moutohora Island. Declared a wildlife refuge in 1965, this island is now home to 190 native plant species, some rare and endangered. It is also a bird lover’s paradise, so expect to see a variety of bird species such as the saddleback, red crowned parakeet, little brown kiwi, bellbirds, and various species of sea birds.

8) Thrill seek in the adventure capital of the world
Having earned the name of the Adventure Capital of the World, Queenstown is surrounded by giant granite peaks, setting the scene for an array of outdoor adventure activities. During the winter, four of New Zealand’s best ski fields are an hour’s drive from the resort town, and in the summer those fields turn into a mountain biker’s haven. If you’re feeling brave, try paragliding around peaks, skydiving over the lake, riding on jet boats gliding through canyons, or bungee jumping from a cable car.

9) Take a boat ride under a waterfall in Milford Sound
Milford Sound is famously regarded as the ‘8th Wonder of the World’, a statement that will surely never be challenged by any visitor. Take the view of the steep valley from the Homer Tunnel and be met by a breathtaking cul-de-sac of giant granite peaks. The peaks of Milford Sound are often clad in thousands of waterfalls as a result of the region’s 300 days of rainfall each year. It is an amazing natural creation that has been gifted to all who come to lay their eyes on it, an absolute picture of perfection.

10) Stay in the world’s most luxurious Net Zero energy campground
Stay at the head of Lake Wakatipu in the heart of New Zealand’s most iconic mountains. Camp Glenorchy’s well-insulated accommodations harness the rays of the sun to provide power, keeping guests warm in the winter and cool in the summer. The site was developed to make a statement, to tell the world that it is possible to live sustainably, contribute to the growth of a beautiful community and retain an authentic 5-star luxury experience.