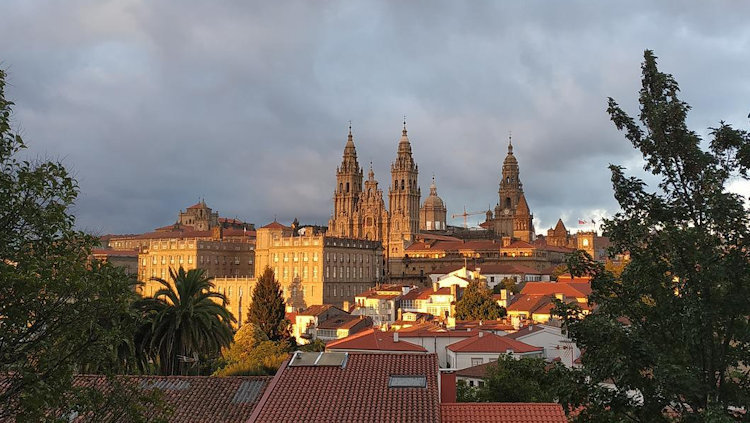 While many people imagine going to Europe as weeks spent in the most popular tourist cities, exploring world-known objects and sites, much of Europe’s beauty lies in the smaller, hidden towns and cities. Unfortunately, many of them are criminally underrated, so we encourage you to think outside of the box when it comes to planning. And we also have suggestions! Here are our top 10 underrated gems of Europe.

The capital of the autonomous community of Galicia, Santiago de Compostela, is truly an underrated gem of Spain. Famous for being a pilgrimage route since the 9th century, the city is full of captivating history and stunning architecture. Make sure to explore the Old Town, which has been declared a UNESCO World Heritage Site. Surrounded by medieval legends, Santiago de Compostela is worth your time, so you must visit!

Gifted with a beautiful name and even more beautiful surroundings, the 5th largest city in Greece, located on the island of Crete, Heraklion, is a traveler’s dream. Even if tourism was vastly growing in the year 2017, the city is still often overlooked, but you should know that every minute spent exploring will be incredible, so do not miss out! Visit the Palace of Knossos, the Venetian harbor, and do not forget to try out the flavors of traditional Greece cuisine!

If you need help navigating through Central Europe, check out the train from Prague to Vienna!

A literal gem! Dresden is often called a Jewel Box due to the well-maintenance of Baroque and Rococo art. Having a long history of being the royal residency for the Electors and Kings of Saxony, the city offers you an immense amount of historical monuments to explore, as well as stunning architecture and art. Pay attention to the city center, one of the most impressive and wealthy areas in Germany. 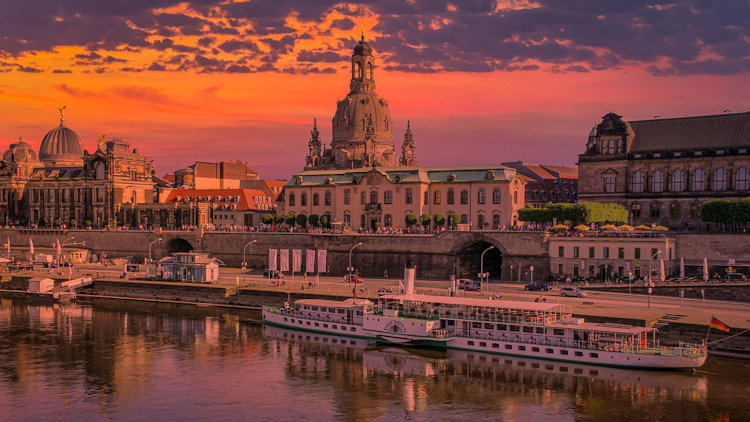 Let’s travel to beautiful France. Particularly the city of Bordeaux, a port on the river Garonne, Southwestern France. There are gorgeous squares, luxurious yet old-school buildings, and wine - everything Bordeaux is proud of and everything that will pull you in. Trust us; you will be in no hurry to leave when you get there! So let yourself have the time to explore and enjoy the authentic French culture, cuisine, and laid-back lovely people. 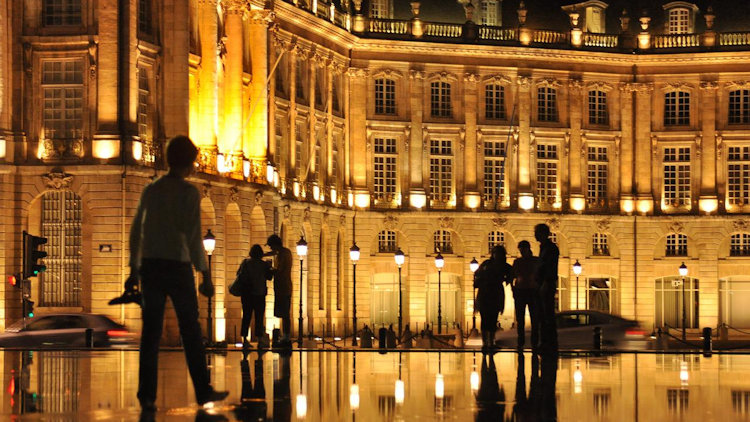 From the looks of it, Austria is filled with cities of any size that are unexpected and absolutely riveting. The more you travel, the more you feel like you are on a treasure hunt, but there is no one prize - they are everywhere! One city is more beautiful than the other, and Salzburg might just be the most beautiful of them all.

Blessed with stunning ancient history, Salzburg is located on the site of the Roman settlement luvavum and became a seat of the archbishop in 789. A dream for any history buff, the city is filled with cathedrals, castles, museums, and establishments dedicated to classical music. So, if you want to spend a few days soaking up the culture and art of one of the most beautiful places in Europe, do not hesitate to make plans.

Also, if you were wondering why the name sounds so familiar, you might have heard it in the lovely production of the Sound of Music!

Austria is easily reachable from many other countries in Europe, either by bus, train, plains, or car. Check out the Vienna to Prague train!

Situated in the Sofia Valley at the foot of the mountain Vitosha, the city is a perfect place for anyone who wants to brush up on their knowledge of ancient Rome and 20th-century Socialist history. While many travelers simply forget about the Balkans while planning their Eurotrip, Sofia is actually an extremely interesting city. It somehow is the perfect mix of many countries, as you can see establishments clearly inspired by ancient Rome, then the Turkish mosque right next to it, and the Bulgarian Orthodox church nearby!

There is no way to know the city in depth in a day or two, so make sure you have at least 5 days to truly explore and enjoy!

A picturesque city of beautiful landscapes, gorgeous Catholic churches, gardens, and lighthouses, Valletta is another gem that is a must-visit! It has many 16th-century houses that were designed by Knights Hospitaller, also elements of Mannerist, Neo-Classical, and Modern Architecture, with Baroque style overpowering them all. In addition, Valletta was named after Jean Parisot de Vallette, who was successful in defending the island from an Ottoman invasion during the Great Siege of Malta. So, the city is not only beautiful to the eye, but it also carries a huge historical background, all of which you can learn about on your travels here!

If you find yourself exploring the Czech Republic, make it easier for yourself by traveling by Czech trains! 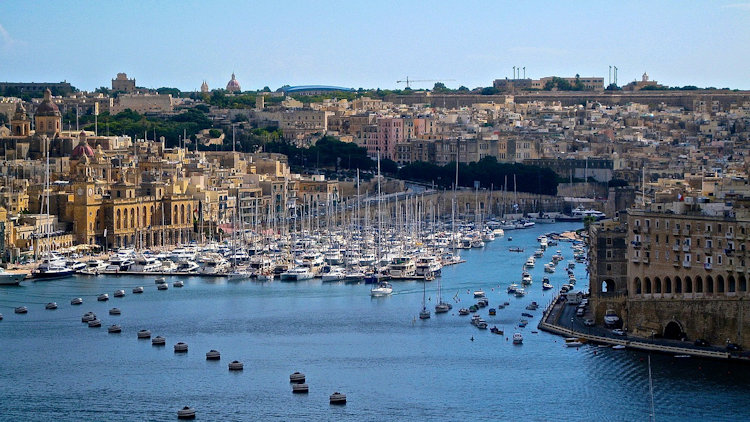 Situated on the Vistula River in Lesser Poland Voivodeship, Krakow is the second-largest and one of the oldest cities in Poland. However, as many travelers tend to visit only the capital city, they are missing out on the beautiful, historically and culturally rich Krakow, with its gorgeous churches, a hilltop castle, and city squares. With stunning architecture and well-maintained art, the city’s Old Town was declared a UNESCO World Heritage Site along with the Wawel Royal Castle, built at the behest of King Casimir III the Great.

The city has great significance for the Jewish community as well. You can learn about its position during the war by visiting O. Schindler’s factory and planning a day trip to Auschwitz to learn about the horrors of the holocaust.

The county town of County Galway, the city is in the province of Connacht and is the fourth most populous city in the Republic of Ireland. And still, travelers should visit it even more.

Growing into its power in the year 1124 under the rule of the King of Connacht, Galway was once home to large merchant families and the Tribes of Galway. If you want to learn more about traders and merchants, you should spend time touring the older parts of the city or listening to the stories that Irishmen gladly tell at pubs.

Nowadays, Galway is famous for various shows, concerts, and festivals, especially the Galway Arts Festival and celebration. Check out the timetables; maybe this year you can attend as well! 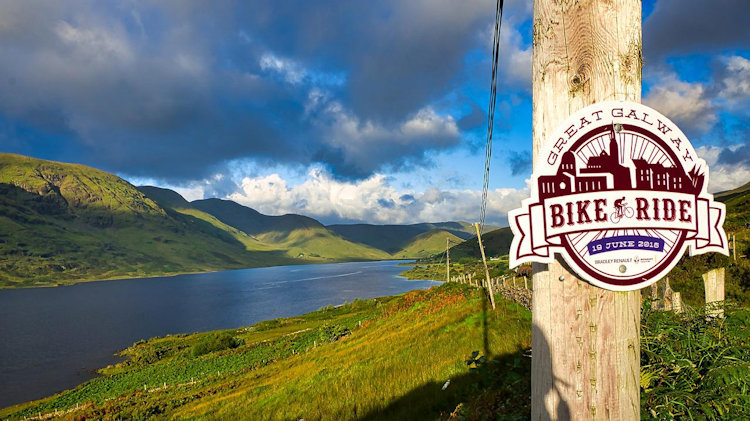 And, another one for Ireland! The capital city of Northern Ireland, Belfast, is a fun, vibrant city full of energetic young people and buzzing nightlife. However, that was not always the case.

Belfast has a lot of dramatic history unpacked, especially the violence they suffered that caused the partition of Ireland and the more recent conflict known as the Troubles. Learn about all of this and more by visiting the Ulster Museum, City Hall, Botanic Gardens, St. Anne’s Cathedral, and many other sites!

By the way, you might recognize some places from the popular HBO series Game of Thrones!

There you go! Now that you know so many of the hidden gems of Europe, you are indeed ready to get out there and explore everything! Remember to be brave and curious - spontaneous travels lead to the best stories, and this way, you will find even more hidden jewels of the beautiful continent. Best of luck!