10 Wonderful Things to Eat and Drink in Portugal's Alentejo 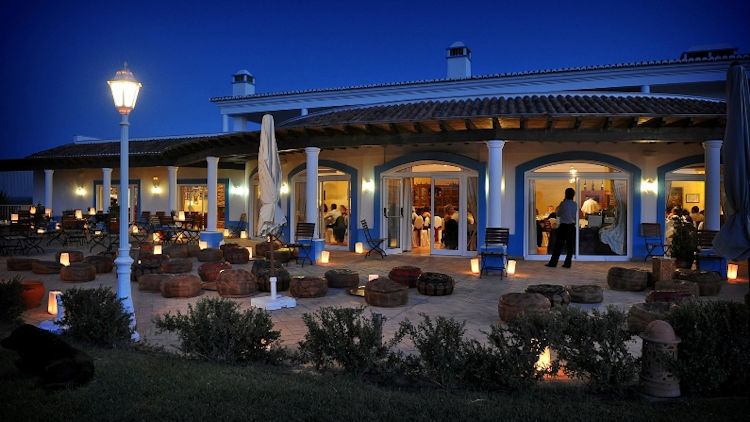 It seems the world – especially the culinary world – has caught on to the delights of Portuguese cuisine over the last few years, but there is nothing new about the homespun dishes that have fueled the little Iberian country that could for centuries. And one of the best regions to indulge your inner foodie on a culinary adventure is the Alentejo, where hearty, countryside cuisine may not be the country's lightest, but surely produces some of Portugal's most memorable meals. Here are 10 dishes and drinks not to miss in the Alentejo.

The Portuguese know how to dish up the pork, serving it throughout the country in umpteenth delicious ways, but none might have a better handle on the ham than the Alentejans. Porco Preto (Black Pork) comes from the Iberian pig, a breed native to the peninsula and revered throughout, whose distinct taste is often influenced by their cork tree acorn diet. You'll see it as charcuterie, salami and in a stew with clams known as carne de porco à Alentejana (see below), but my favorite method is the incredibleness on the table at Taberna Típica Quarta Feira in Évora. Their all-you-can-eat feast of slow-cooked black pork is served as tender as the night and counts for a meal you'll never shake from your taste buds.

Most cultures have had a historical use for day-old bread and the Portuguese are no exception. This soppy dish, served throughout the country but especially in the Alentejo, consists of mushed rustic bread with coriander, garlic, olive oil, vinegar, water, white pepper, salt and poached eggs. Often called bread soup, we like to think of it as having a more porridge-like consistency then soup. In other parts of Portugal it can take on a seafood twist, with shrimp or salted cod added. Doused with a bit of peri-peri (traditional hot sauce), it's a dream.

Simmered to tenderness levels that will turn your taste buds on end, this traditional Alentejan braised lamb stew epitomizes home cooking in the region for many. The ingredients that make up this hearty wonder run long and deep - cider vinegar, bay leaves, pepper, parsley, cloves onions, garlic, coriander – all of which combine into a soupy pool best sopped up with rustic pão Alentejano (local bread). Think cold winter nights, a glass of Alentejan red and a crackling fire.

A typical conventual sweet (desserts traditionally made by nuns in convents). Its origins are said to be Indian or Brazilian depending with whom you speak, but was indisputably perfected in the Alentejo around the town of Elvas. If you like eggs, sugar and cinnamon, you're in luck. Baked in the oven and sold in the same dish it is prepared in, the high-heat causes the upper layer of egg whites to crack, giving the traditional sweet its notable appearance. It's often served along said local plums. It's merely one sweet delight of many, but one not to miss.

Every region of Portugal has its cheeses and it will take you ages to work your way through them all. In the Alentejo, start with this raw sheep's milk cheese from the Serpa district. Matured for 30 days, it's often brushed with olive oil and paprika during the aging process. It ranges from creamy (amanteigado) to hard (duro) and can be spread as a paste or cut and served with local bread. This award-wining cheese of lower Alentejo has been showered with accolades, including a distinction from the Slow Food movement as one of the most extraordinary products in the world.

Regional firewaters are found throughout Portugal and poejo, the Alentejo's unique tipple, is no exception. This sweet liqueur forged from pennyroyal (Mentha pulegium), a medicinal mint found locally, is made in three variations: green (made with green pennyroyal), yellow (made with dried pennyroyal) and clear (made with sun-exposed pennyroyal). Tread lightly – once the pennyroyal, water and sugar are added to the base spirit, alcohol percentage can soar to 20%. Monks in the middle Ages believed the concoction to be antispasmodic and stimulating – who are we to argue?

Another hearty Alentejan stew, this regional take on a Portugal-wide dish features an amalgamation of boiled Portuguese sausages (chouriça, morcela, farinheira, among others) and chickpeas, with some carrots, green beans and potatoes thrown in for good measure. Fresh mint plays an important role in seasoning as well. Basically, it's a bit of everything in the fridge! It's served steaming hot, often over pieces of rustic local bread. Another winter wonder, as you might have imagined.

Another traditional destination for day-old bread, the Alentejan version of migas features crumbled wheat bread soaked in garlic and olive oil, among other spices and flavorings, and served alongside pork or lamb chops. If you are familiar with American stuffing, it's a similar consistency, albeit slightly wetter, and served in a much larger portion (it's often considered the main event with the meat taking on the side dish role). Check it off as another hearty, unpretentious addition to the fleet of Alentejan perfections, the kind of stuff grandma makes like nobody else.

Perhaps the most famous Alentejan dish and the most polarizing as well. Pork with clams? A lot of folks have a lot of opinions about mixing meat and seafood but we know better than to challenge the Alentejans in a dust up over gastronomy! This traditional stew features porco preto (black porco), usually marinated in white wine, paprika, red pepper paste, chopped garlic and coriander, then pan-fried golden brown and mixed with clams and potatoes. Versions can be found in other parts of Portugal as well (especially the Algarve) but this mélange of meat and mollusks is a true Alentejo invention.

This revered winery, housed in a former Jesuit refectory with 16th century roots, is a must-stop among many along the Alentejan wine circuit. Iconic Alentejan varietals such as Trincadeira, Aragonês and Castelão are well-represented in a long list of excellent wines, topped by the granddaddy of them all, the winery's signature Pêra-Manca. Tours of the winery are by reservations only; and you can also sample signature olive oil and other gourmet products. As one of the oldest and most beautiful wineries in Portugal, it's a must-stop for oenophiles looking for a quintessential Alentejan wine experience.

Just 1 hour from Lisbon, the agricultural and rural nature of the Alentejo region of Portugal contribute to a slower, more traditional pace of life, and one of the best ways to experience it is by bike. You might pedal across its beautiful plains from the Atlantic coast to the mountains that sit on the eastern border with Spain.   While crossing the Alentejo, you might find a grove of olive trees or a field of sunflowers. You might seek shade within one of the many cork forests- the intriguing, renewable bark of its trees, are a major industry for this region. You might stop to snack on smoked pata negra and some locally produced goat cheese. You might explore the region’s coastline roads or test your muscles by venturing into the mountains at the Algarve border.