11 Best Ways to Experience the Culture of Spain 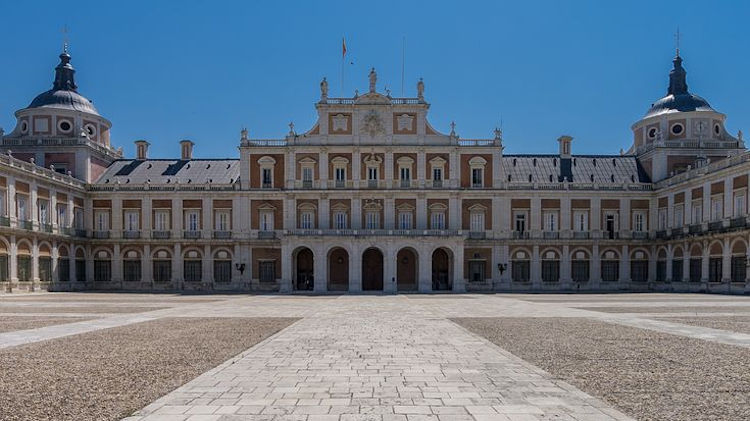 Spain - the birth country of Cervantes, corrida, Gaudi, Picasso and Dalí, Spanish guitar and flamenco, tapas and paella. Once a homeland of Iberians, Celts, Phoenicians, Carthaginians, ancient Greeks and Romans, Visigoths and Moors.

A clash of so many different tribes and peoples impacted Spanish architecture, traditions, and cuisine, making it one of the most prominent countries in the world. Spanish culture is so fascinating and rich, that it would take years to discover it all.

Meet Spanish Culture through its Language

Spanish developed under the influence of Basque, Celtic, Arabic, Latin, and other European languages. It took the best from each, making it diverse and beautiful. Today, being the official language of 21 countries, it is the second most spoken language in the world.

Learning Spanish opens up a myriad of new worlds. Enroll in a course and discover them. With nearly 500.000 native speakers, it should be easy to find someone to practice it with.

Moving pictures take you on a journey through time and space, teaching you about history and people, their customs and habits.

Watch movies, TV shows, news, and vlogs about Spain, preferably in Spanish. You will better understand the symbolism, emotions, and relations among people, thus getting closer to their way of life.

Another great way to experience Spanish culture is by watching vlogs about Spain made both by the natives and ex-pats. They will provide different perspectives and deeper meanings on the same topic.

Literature is an essential part of all cultures. The documentation of events introduces people to the history of a place and country. Reading books in a foreign language also shows us the evolution of words and expressions.

The literary opus of Spain is very rich. After all, it is the cradle of the modern novel. Till now, 6 Nobel Prizes for literature went to Spanish authors.

That’s for book lovers. For others, there’s quality content on the Internet to explore. Travel blogs, such as Brit on the Move, are a great way to start.

Folk music traditions in Spain are diverse. Throughout its mainland and island regions, there’s plenty of different musical styles.

Depending on the region, you can hear the sounds of the flamenco guitar, tambourine, castanets, laúd, cajón flamenco, and other authentic instruments.

Each of many Spanish dances uses unique costumes and tells different stories. Joining a Spanish dance crew can teach you about its roots, customs, and beliefs.

Hang out with Spaniards

The Spaniards are considered friendly, hospitable and kind. They like partying and meeting people over for a drink and good food.

Spanish way of communication is very direct - there is “no filter”. But they also seem to be very funny and warm-hearted people. So much that they are the world leader in organ donations.

About 3 million Spaniards are living abroad. Make friends with some and learn directly from them.

The country of bread, wine and oil. Did you know that Spain is the largest producer of olive oil in the world? It is the base of many aromatic sauces.

Herbs like garlic, parsley, oregano, rosemary and thyme are commonly used. Besides red and white meat, fish and seafood are regularly on the menu.

Spanish cuisine is diverse, delicious and healthy. Dine in Spanish restaurants and visit food fairs. Or invite a Spanish friend over and surprise them with some Spanish traditional recipe. Then discuss it over a glass of wine.

Spain is a country of breathtaking landscapes. From the imposing mountains, over glistening beaches, to the alluring islands. From cosmopolitan cities to vibrant villages.

With more than 300 days of sunshine a year, it is always a great time to visit Spain. The historical events and multiple influences left a trace on Spanish architecture, too. Big cities are a perfect blend of tradition and modernity, while villages kept their authentic beauty.

Roam the streets or go on a Seville river cruise. Check out museums and galleries. Talk to its people, preferably with those living in rural areas. And ask them everything you are curious about.

Social heritage makes people who they are. It is a mixture of customs, traditions, folklore, beliefs, moral values and ideals. It speaks about the past and predicts the future.

From corrida and carnivals, over Semana Santa, to Tomatina, Spain boasts some pretty unique festivals and events. Some are religious, others celebrate good humor and laughter, and some are even controversial.

Festivals are a source of entertainment that brings people closer together. Get out of your comfort zone and have some fun.

Spain offers many volunteering programs to young people from all over the world. Many of them focus on education, as well as on wildlife and animal conservation. Find a project that suits your interests and board on a plane.

Same as volunteering, studying abroad expands horizons. It’s not only an impressive item in a résumé, it can be life-changing.

Studying in Spain will improve your knowledge of the Spanish language and build communication skills. It can also raise your cross-cultural awareness and broaden your international connections.

Spain has excellent colleges and universities. What’s best, tuition fees are among the lowest in Europe. Student life there is fun and stress-free. And it lets you see some of the many landmarks in Spain.

The best way to experience other cultures is by living among its people. High standards of living and a warm climate in Spain are attractive to the ex-pats.

Unlike a short visit, actually living there can get you the real feel. You can get an insight into things that aren’t visible at first glance. Like business culture, driving culture, available services such as health-care, bureaucracy, or airport parking. Or the way of treating people in need. That’s the genuine experience of a culture.

In the end, having 30 days of paid leave and 12 paid public holidays leaves enough free time to explore this beautiful cultural center of Europe.