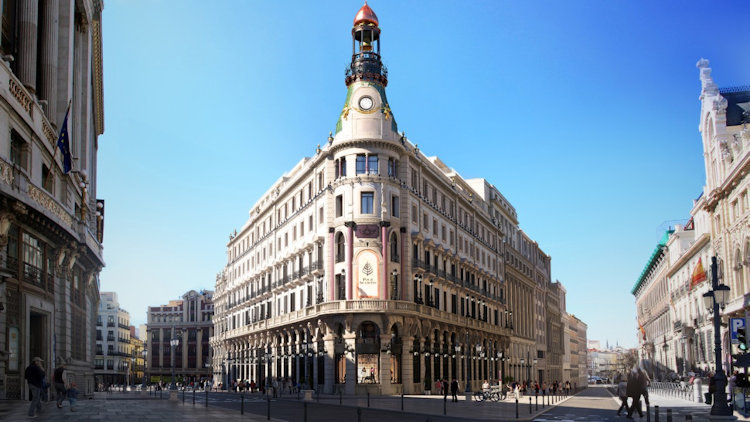 Travelers looking to be the first to visit these new properties, can do so with greater peace of mind with the new Four Seasons Time to Connect offer, which provides a 20% discount and unlimited flexibility on stay dates completed by June 30th, 2021 for trips booked from now until November 30th.

Now open as of September 25th as the first Four Seasons in Spain, Four Seasons Hotel Madrid (pictured), is located in the heart of the capital featuring a new dining concept by celebrated, Spanish chef, Dani Garcia.

Four Seasons Hotel San Francisco at Embarcadero is the latest opening from the brand, following Four Seasons Hotel Tokyo at Otemachi, which opened on September 1st and is located in Tokyo’s oldest neighborhood, just steps away to the Imperial Palace. The all-new, thoroughly modern hotel marks the second Four Seasons in the city.

Four Seasons Hotel San Francisco at Embarcadero officially opens on October 1st. This will be the brand’s second property in the city and is located near the Embarcadero area in the Financial District, just steps away from major international businesses, Michelin-starred restaurants, luxury shopping in Union Square, and many walkable neighborhoods.