5 Cities Tequila Lovers Must Visit in Mexico's State of Jalisco 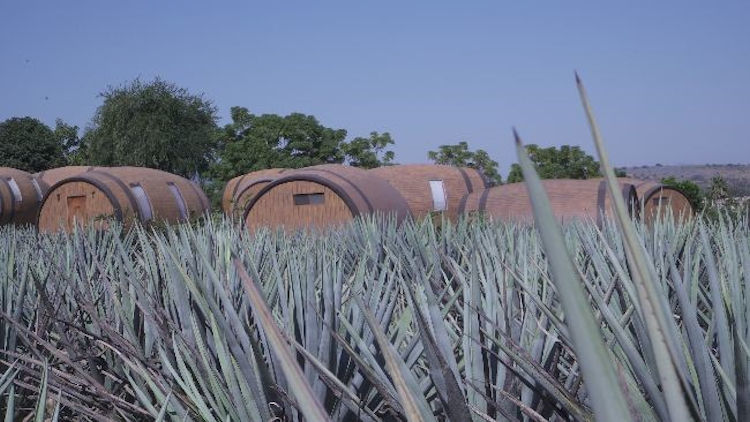 The state of Jalisco is Mexico’s most emblematic region, having given birth to so many of the country’s iconic cultural offerings, including the charro, or Mexican cowboy, and, of course, Tequila. This multi-destination state has plenty of space to maintain social distancing and remains a must for any fan of its signature Spirit. The following are Viva Tequila’s Mexico Experience top cities to visit in Jalisco’s agave-producing region, which is rich with the drink’s history and the culture that surrounds it, from mixology and gastronomy to the simple way of life in a hacienda.

Tlaquepaque was founded by the indigenous Totonac people. They produced everyday utensils and art objects before the Spaniards arrived. Today, the town continues to be an artisan city known for its galleries and handicrafts. It’s a must-stop because of its up-tempo culinary scene. Be sure to have lunch at Casa Luna Restaurant, right in the center of the city. The open courtyard under the shade of a large tree is a magnet for locals and visitors alike thanks to its hipster vibe.

Teuchitlán lies along the Tequila Route and is home to the most important archaeological zone in western Mexico: Los Guachimontones. The zone is the major site of the so-called Teuchitlán tradition, a complex society that existed from as early as 300 BCE until perhaps 900 CE. The dominant features at Los Guachimontones are circular stepped pyramids in the middle of circular building complexes. The 60-foot (18-meter) tall pyramid at Circle 2 has 13 high steps leading to an upper level, which was then topped with another four high steps. A post hole was located at the very highest level, most likely for volador (flying acrobat) ceremonies. The pyramids may also have supported small temples. Check out Hacienda Labor de Rivera. Built in the late 1800s, each of the property’s rooms are individually designed, with their own unique character.

Tequila has been designated both a “Magical Town” by the Ministry of Tourism of Mexico and a cultural UNESCO World Heritage site. The nearly 90,000-acre area is part of an expansive landscape of blue agave. Tequila’s fortunes have been shaped by cultivation of the plant, used since the 16th century to produce the spirit known as Tequila and for at least two millennia to make fermented drinks, such as pulque, and cloth. Within the landscape lie working distilleries, reflecting the growth in the consumption of Tequila in the 19th and 20th centuries. Today, this agave culture is seen as part of Mexican national identity. The Tequila landscape has contributed to many works of art, including film, music, dance and paintings. Don’t miss Fonda Cholula, a wonderful colonial infrastructure — elegant, warm and harmonious with the buildings of the historic center. It’s a magical space to rest and enjoy the experience of Mexican cuisine that surrounds Tequila and its people.

Atotonilco El Alto is a town and municipality that covers an area of 246 square miles (638 square kilometers). The first part of its name means "Place of Hot Waters" in Mexico’s indigenous Náhuatl language. "El Alto,” or “The High One” in Spanish, was later added in honor of those who died in the Cristero War in the early 1920s. Make sure to visit Don Nacho Distillery, one of the most prolific agave-producing companies in the Jalisco Highlands.

Guadalajara is the gathering point of all Jalisco and the place where all the varied traditions of that vast territory coexist, giving rise to a unique urban identity. The city boasts artistic and cultural credentials long recognized worldwide. Guadalajara is also innovative and avant-garde, constantly undergoing a renewal and reinvention process that promises it an attractive future. It’s also full of rhythm! Guadalajara’s musicality is a source of inspiration. Check out La Tequila Cocina de México Restaurant, offering the best of the region’s gastronomic heritage, following traditional recipes of dishes while innovating with a contemporary intention.

Viva Tequila Festival’s Mexico Experience brings guests on a luxurious tour of these five exciting cities to embrace Jalisco’s Mexican spirit and provide a deeper understanding of the different regions that cultivate agaves, local foods and the local culture.