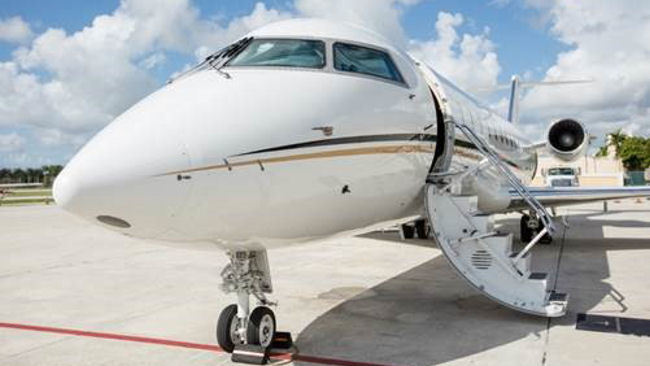 1. Half of the private jets in the world are owned by Americans

Though China has the second highest number of millionaires in the world and the world's largest population, Asia Pacific makes up only 11.8% of the market. Europe claims 20.8%, Latin and South America claim 11.6%, and Africa and the Middle East make up the remaining 6.1%.

2. Many private jet owners will purchase another jet

Though half a billion dollars certainly doesn't represent the average cost of a private jet, most people would consider buying a jet as a lifetime investment. Right? Wrong. Thirty percent of current private jet owners say they plan to buy another jet within the next five years.

3. Forty percent of jets in the sky fly empty

Unlike commercial carriers, once a private jet reaches its destination, it usually makes the return trip as an empty flight. This is called an empty leg, and it happens an estimated 40% of the time. This means almost half of the fuel and payroll hours spent on flying jets is wasted on an empty vessel.

4. Flying on a private jet can be cheaper than flying business class

Believe it or not, chartering a jet on its empty leg can be less expensive than flying business class on a commercial flight.

5. Celebs fly their own jets

There are many celebrities who own private jets, like Oprah Winfrey, John Travolta and Michael Jordan. This comes as a surprise to no one. But what many people don't know is that some celebrities give up the luxury and comfort of the passenger seat to fly their jets themselves. Some celebs who do this include Jimmy Buffett, Tom Cruise, and John Travolta.