7 Destinations You Wouldn't Have Considered 10 Years Ago 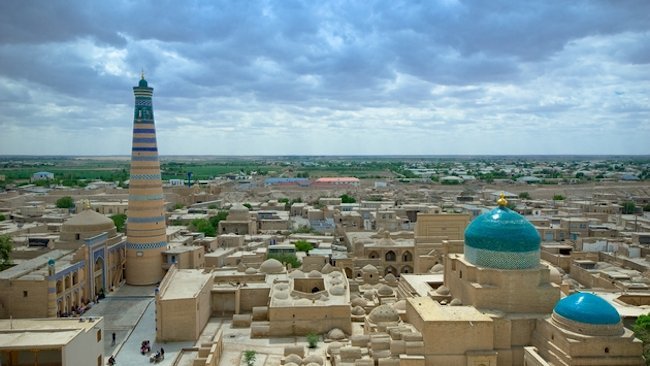 Numerous “hot spot” travel destinations for 2015 wouldn't have even been considered a decade ago. Myanmar's military junta relinquished control of the government in 2011. North Korea lifted its restrictions on American travelers the same year. Iran is quietly positioning itself to become a prime-time luxury travel destination. Colombia's government invested a worldwide advertising/pr campaign promoting the country as a top-notch destination in 2008.

1. Once Forbidden Iran - The countries of Uzbekistan (pictured above), Turkmenistan and Iran are woven together like the burnished threads of a fine Persian carpet. From earliest recorded history, these lands have exchanged rulers, architecture, art and religion. Explore the dazzling bazaars and extravagant desert architecture along the byways of the old Silk Road between Tashkent and Tehran on this 20-day journey with MIR Corporation.

2. North Korea Adventure - Seize the window of opportunity to enter North Korea (the Democratic People's Republic of Korea) for an unusual weeklong exploration. A country few western travelers have seen since the 1950s, the DPRK encompasses some of the finest landscapes in Asia. Survey its historic sites and modern monuments, and enjoy the mind-boggling spectacle of 100,000 costumed people moving in sync at a performance of Pyongyang's Arirang Mass Games.

3. Myanmar River Cruise - Tom Harper River Journeys invites travelers to discover the Irrawaddy on a journey filled with wonders few Westerners will ever see, from sacred stupas believed to contain relics of the Buddha himself to Bagan's breathtaking collection of temples dating back to the 11th – 14th centuries. Sensual, spiritual, mysterious and magical, the ancient kingdom of Myanmar is one of the most unique locations on earth.

4. Colombia Journey - Enjoy majestic views of the Andes and pristine white sand beaches of the coast. Visit Tayrona National Park, Chicamocha National Park, and soak in the charming and historic atmosphere of Cartagena on this leisurely paced Colombia vacation.

5. Ha Giang, Vietnam by Bike - In an ever-shrinking world, Ha Giang, with its uniquely preserved tribal culture (nearly 90 percent of the population is ethnic minorities), is one of those rare places that hasn't been corralled by modernity or pre-packaged for visitors. Ride & Seek is the first company to run a road bike tour in the area and it is not one for the faint hearted. Terraced rice paddies and primary forests provide an attractive canvas as we wind our way up through vertiginous passes on the road less travelled. The elevation profile is immense and so this tour leans towards the ‘epic' scale of our tour portfolio.

6. Venezuela Bone Fishing - Los Roques is no longer the well-kept secret it used to be, just one that many anglers do not care to share with the rest of the angling community. Once you have fished it, it becomes the standard by which you'll judge all other flats destinations.

7. Rwanda Gorilla Tracking - A gorilla tracking journey takes you to Uganda or Rwanda on an unforgettable expedition into the misty forests of Africa and gives you a privileged insight into the fascinating world of the great apes. Tracking the mountain gorilla requires patience and stamina, often walking for hours through dense vegetation. Finally meeting them in the undergrowth is an awe-inspiring experience.
Like Us
Facebook
Follow Us
Twitter
Follow us
Instagram