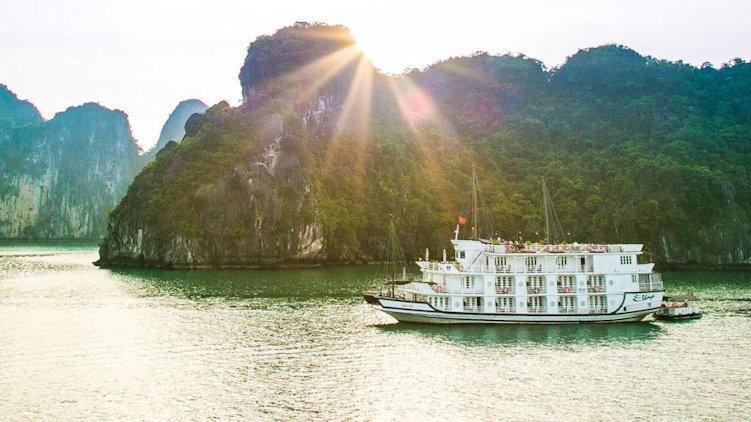 As one of the brightest spots on Vietnam’s map, Halong Bay is infinitely thrilling and astonishingly surreal. As a Unesco World Heritage site, it has increasingly won favorable comments from tourists around the world. Located in Vietnam’s Quang Ninh Province, it has an extraordinary natural beauty comprising of islets rising from the sea and limestone islands.

Whether you are venturing alone or visiting it as a group here are the top 7 interesting facts about the place.

1. Halong Bay has several entertainment venues
Not only does Halong bay hide the legends, but it also has several modern sites. In the recent past, it has attracted big investments for parks such as White Rabbit Park and Sun World Ha Long Park. Opened in 2016, these parks will offer you some of the best experiences during your visit. For instance, Sun World has broken the book of records as the biggest reversible aerial tramway. What’s more, you can experience water sports and other leisure activities at White Rabbit Park.

2. Climate
According to many websites, Halong bay experiences 4 different seasons every year. However, there are only two major ones; cool and dry winter and hot and moist summer. While the annual rainfall is 2.2 meters, the average temperature is between 15 degrees to 25 degrees. With some simple and light packing, you can start your adventure in March. This is the best time to visit this place because it’s the end of winter.

3. Halong is a legendary name
Halong is a name that means a place where the dragon landed. According to some legends, when Vietnam was invaded by the foreigners, the emperor sent dragons to help them. After defeating the foreigners, the mother dragon and her children decided to settle in Halong. The place where the dragon landed is the current day Halong Bay. Many of its islands are also named after their shapes. For instance, there is the Voi Islet, Ga Choi Islet, Mai Nha and Khi Islet.

4. It’s a seafood paradise
As a tourist, it’s advisable to follow the well-traveled paths marked by the travel agents. You can decide to enjoy Halong Bay cruises from Hanoi for three to four days and return. While visiting this place, going for a tour is perhaps the best thing to do. However, if you want to enjoy its modern entertainment venues, feast on the world’s best foods or visit its attractions, then you need to spend more days. Although there are gourmet seafood in cruises, a few more days outside will do you good. Halong’s true delicacies such as horseshoe crab, Vietnamese calamari and mantis shrimp noodle may not be available in any cruises.

5. Its wooden boats will soon disappear
This is the fact that perhaps many people will be sad about. Because of the new policy issued by the authorities, Halong’s wooden boats may soon be a thing of the past. According to the authorities, since wooden boats are highly inflammable, they will gradually be replaced by steel or iron boats. The cozy ambiance and the royal extravagance that wooden cruises provide will soon be a thing of the past.

6. Biodiversity
While Halong Bay is famous as a Unesco World heritage, what is not well known is its biodiversity. It’s not only home to dozens of animals, plants, and aquamarine but it also supports a very complex ecosystem. This unique place boasts of the seashore and oceanic biosystem where common aquatic species such as oyster, cuttlefish, panulirus, and prawns flourish. More so, with over 1000 plant species, it has a tropical evergreen biosystem. Its many islands also provide a home to many other animal species such as mammalia, magnolias and amphibian. Although there are several types of animals, it can be a bit challenging to see them save for the squids and birds.

7. Awards
Halong has also received several awards in the past. For instance, in 1962 the ministry of culture, sports and tourism designated it as a Renowned National Landscape Monument. Due to its universal and outstanding aesthetic value, it was named a Unesco World Heritage Site in 1994. In 2000, it was again recognized for its outstanding geomorphological and geological value. Finally, in 2007 it was officially recognized as one of the New Seven Natural Wonders of the world.

Those are the top 7 lesser known facts about Halong Bay. If you want to experience these facts first hand, why don’t you book a cruise to this gem? Getting an Orchid Cruise Halong Bay will make your trip to this magnificent experience worth remembering. By doing this, you can rest assured that you’ll not be disappointed. Go out there and discover these wonderful 7 facts about Halong Bay.