A Guide to the Balkans for Autumn Sun 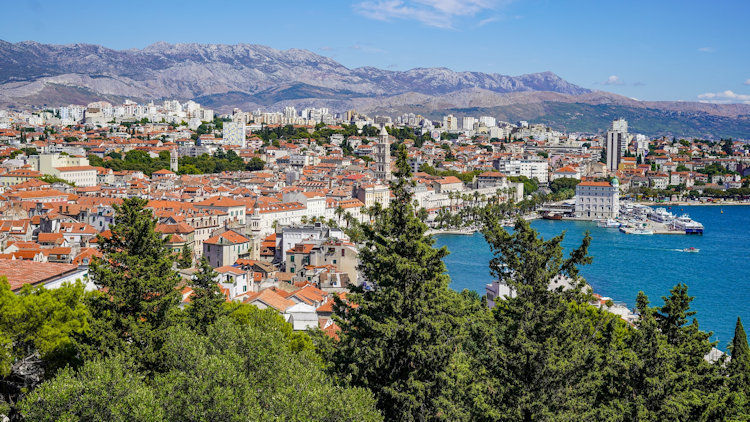 With August taking shape, you might be picturing a nice escape to fill the end of the summer. The sunny Balkans are still hot and (mostly) dry right through until the end of October, with temperatures reaching up to 77 degrees through autumn. Soak up the fall sunshine on the Albanian Riviera or the Croatian coast, beat the crowds with an autumnal tour through Dubrovnik’s old town, or head to the Montenegrin mountains for the last hiking of the season.

You can’t beat the Balkans for autumn sun. Thanks to Baltic Travel Company, here are the best ways to experience the sunshine in the Balkans this Autumn.

September in Split is a time of sunshine and hot weather all along the beautiful beaches of one of Croatia’s best coastal getaways. It’s 25 degrees Celsius in September, and that hot, dry weather carries on well into October, with temperatures only finally dropping below 15 degrees Celsius in November.

Take in the ancient history of Split without the summer crowds, visiting Roman emperor Diocletian’s famed palace in the ruins of the old town. Enjoy fresh seafood on the seafront or take a boat trip out to the islands of Brac.

2) Escape the Crowds in Dubrovnik, Croatia

There’s no doubt that the historic walled city of Dubrovnik is one of the Balkans’ great tourist destinations. The narrow, cobbled streets, medieval city walls and distinctive, red-tiled roofs of Dubrovnik have been made famous by countless TV shows and films – most notably Game of Thrones – and, in summer, it can be almost impossible to escape the crowds.

Travel to Dubrovnik in autumn though, and you’ll have the old town of this famous city almost entirely to yourself. Once the cruise ships have disappeared for the season, when the school holidays are over and the summer high season has officially ended, it’s time to walk the city’s walls, lose yourself in the maze of streets, and enjoy the best restaurants, cafes and bars without having to queue.

3) Kayak in the Bay of Kotor, Montenegro

South of Dubrovnik and just across the Montenegro border, you’ll find one of the Balkans’ best autumn sun destinations. When you arrive in the Bay of Kotor you’ll see the sunshine glistening off the still waters. Surrounded by tall mountains, you’re protected from coastal winds and the dry temperatures remain in the mid-twenties until the end of October. There’s a lot to do in the Bay of Kotor, but why not take to the water with a kayak? Enjoy beautiful views as you slowly paddle around the bay, stopping off at small islands or hopping back onto dry land for a cold beer.

Montenegro is the destination for an active autumn holiday, and if you head into the mountains, you’ll find that weather conditions and temperatures are perfect for hiking in Durmitor National Park.

Home to alpine-esque lakes and high mountain peaks, Durmitor National Park is one of Europe’s hidden natural wonders. Hike around Black Lake, follow trails deep into the forests, or take a walk to the edge of the Tara Canyon, the deepest canyon on the continent. If the water is deep enough, you can even join an adrenaline-inducing white water rafting trip along the rapids of the Tara River far below.

5) Get off the Beaten Track along the Albanian Riviera

Albania is one of the Balkans’ most up and coming destinations. It’s an exciting destination to visit, a country that’s still emerging from decades of Communist rule and finding its place in the region. But while you can explore old bunkers and uncover the socialist history of Albania in the capital, Tirana, it’s along the coast where you’ll find the sunniest beaches in southern Europe.

Travel to the seafront town of Saranda and you’ll find high temperatures and a bustling autumn holiday scene on the sun-drenched coastline of the Albanian Riviera. There are beaches to beat anywhere across the Adriatic in Italy, ancient Roman ruins, Ottoman-era mosques and fortifications, and fresh seafood and cold beers for fantastically low prices.

6) Immerse Yourself in Nature at Lake Shkoder

If you’re not big on beaches, then take an autumn trip to one of the Balkans’ most impressive areas of natural beauty. Lake Shkoder is one of the largest lakes in the Balkans, and it sits right on the border between Montenegro and Albania.

Explore pristine wetlands protected on the Montenegrin side by the Skadar Lake National Park, take kayaks or canoes out into this unique ecosystem in search of rare birdlife and aquatic creatures. Not far from the national park, you’ll find the understated Montenegrin capital, Podgorica, where you can visit national museums and delve into history amongst the ruins of the Old Town.