A-List Celebrities Take Off Their Shoes for Shoe Auction Benefit 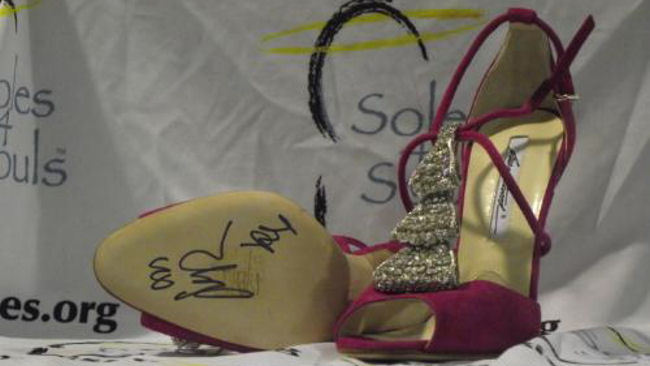 Soles4Souls®, the international shoe charity, announced today a complete line-up of a-list celebrities who decided to take off their shoes for a good cause. What began as a staff shoe drive internally at NBCUniversal 30 Rock studios for the charity's Japan relief efforts quickly caught on to stars such as Sarah Jessica Parker, Sir Elton John, sisters Kim, Khloe, and Kourtney Kardashian, Jessica Simpson, Justin Timberlake, John Krasinski, Michelle Pfeiffer, Mariska Hargitay, Yoko Ono, the TODAY show cast, and many more. Jennifer Wilson, an NBCUniversal employee who helped initiate the celebrity shoe auction, said it was the kindness of organizations like Soles4Souls during Hurricane Katrina that drew her to help.

The celebrity shoe auction that will benefit Soles4Souls will include game shoes from Lamar Odom, The SNL Cast, Spike Lee, and signed game cleats from Derek Jeter, Alex Rodriguez, C.C. Sabathia, Joe Girardi, and Robinson Cano, and will launch in coordination with Soles4Souls' 4th annual National Barefoot Week on the charity auction site CharityBuzz.com, beginning May 31st and extending until June 22nd.