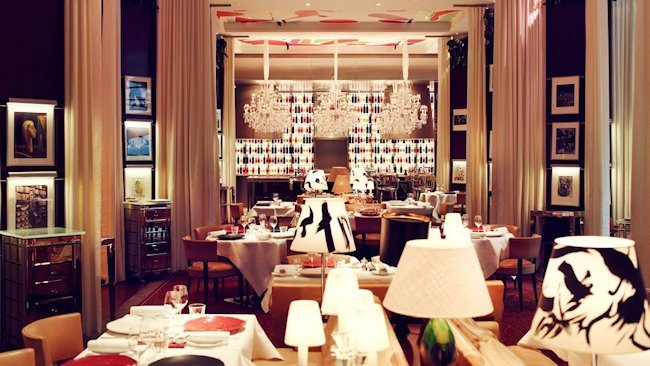 This young chef brings with him a solid gastronomic training that is balanced by nutritional awareness. Working with the hotel's Executive Chef Laurent André, his first menu is an autumnal mix of the gourmand - with a touch of lightness.

Originally from Paris, Hans Zahner owes his vocation to his grandmother from whom he inherited, at an early age, a taste for good food and a respect for seasonal produce. When he was just 14, chef's hat in hand, Hans started gaining his professional experience, working in the kitchens of several renowned chefs in Burgundy and also in the Lyon area. In 2006, he moved to the capital and was taken on to join Alain Ducasse's brigade at the Plaza Athénée.

After two years in this leading Parisian kitchen, his apprenticeship continued in the Michelin-starred restaurant Lasserre, as Chef de Partie. Here he distinguished himself in the reorganization and supervision of the brigade, showing early management skills. In 2010, he joined Chef Fréderic Vardon at the acclaimed contemporary restaurant 39V, first as Chef de Partie and then as Second de Cuisine.

In 2012, now passionate about the hotel industry and ready for the challenge of taking on a management role, Hans took on the job of Sous-Chef de Cuisine at the Four Seasons Hotel George V in charge of Room Service, Le Bar and La Galerie. A year later, in September 2013, the call came from Le Royal Monceau, Raffles Paris. Chef Laurent André offered Hans the role of Head Chef at La Cuisine, which had notched up its first Michelin star in April 2013. Hans needed no time to think about his answer to this offer: having worked for several years alongside some of the greatest gastronomic names in the business, he was ready to rise to this new challenge - and to work his own magic on the most demanding of palates at this ‘next-generation' Palace.

Hans' new menu for La Cuisine brings a sophisticated yet authentic take on traditional cuisine de terroir, but with a signature light touch. For Hans (a keen boxer and cross country runner) wellbeing and haute cuisine can happily sit side by side. Amongst his signature dishes are a delicious Tuna Belly Tartar with “Imperial” caviar from France, orange jelly, ginger and lime; Roasted Dublin Bay Prawns with Cress lemon leaves, with thin pistou semolina; or a delicate Sole from La Rochelle roasted with semi-salted butter, with pearl onions, tender potatoes and “Espelette” piperade.