A Stranger in Paradise: Costa Rica 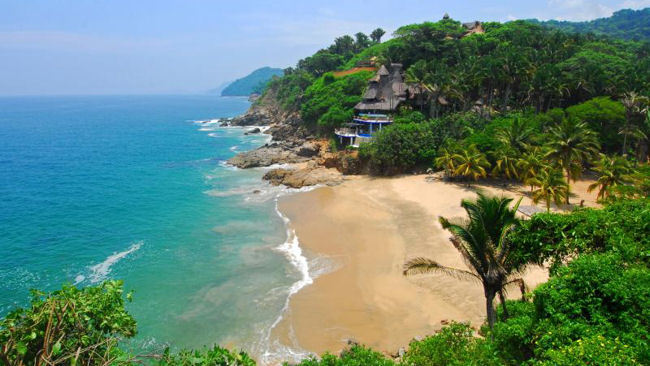 The country calls itself by the bright name “Happiest Country on Earth!” It is a small nation located in Central America bordering Nicaragua to the north, Panama to the south, the Caribbean Sea to the east and the Pacific Ocean to the west. Costa Rica is known worldwide as a peaceful nation that has one of the oldest and best democratic systems, as well as for abolishing its army in 1949 to create better education and health care for the country.

Small Distinctive Hotels of Costa Rica is an internationally recognized hotel collection since 1997. It represents a group of luxury boutique hotels located throughout some of the most diverse and beautiful areas of the country and whose properties are committed to excellence in service, amenities and sustainability. I was fortunate enough to visit a few of those properties and experience, first hand, the very best of Costa Rica - one of the rarest and most exceptional locales in the world. Let me tell you about one of the most exceptional: Experience unforgettable Tamarindo Costa Rica beaches vacation where the deep legacy of a Costa Rican ranch is perched on the shores of the sparkling waters of the Pacific Ocean in one of the country's most spectacular settings.

Romance is in the Air

Villa Caletas is located on a rainforest hilltop on the Central Pacific Coast of Puntarenas, just about an hour from San Jose and Juan Santamaria International Airport. The hotel concierge can arrange for transportation from the airport or from any other place in the country. The property combines the unique pairing of a mountain and seaside resort and is replete with fascinating details and trivia that the owner has collected from his travels. Among the numerous awards the hotel has garnered are Best Family Hotel and Resort in Costa Rica from Travel & Leisure and Top 5 Hotels in Central America from Conde Nast Traveler.

This property is truly one-of-a-kind with an imposing history. Frenchman Denis Roy designed and built it – and it all began with a dream. Monsieur Roy dreamed of a place where one could breathe the scent of the ocean and be near the warmth of the sun. He discovered it at the foot of a mountain covered by the jungle and rising 1150 feet from Caletas beach – all the way up into the clouds. He moved to Costa Rica and began the outrageously ambitious project of constructing Villa Caletas. Four hundred men worked – first just to build a road that stretches for 1.5 miles from the highway to the hotel.

There were obstacles aplenty including no water for months and no telephone lines for years. Somehow, someway, Roy's dream was realized – resulting in a 5-star luxury boutique hotel inspired by Victorian architecture with a Neo-Classical influence – the extraordinary Villa Caletas! On-site one has 360-degree panoramic views overlooking tropical gardens, an infinity swimming pool, and the Serenity Spa offering couples' packages with names such as Passion, Romance and Sensual. 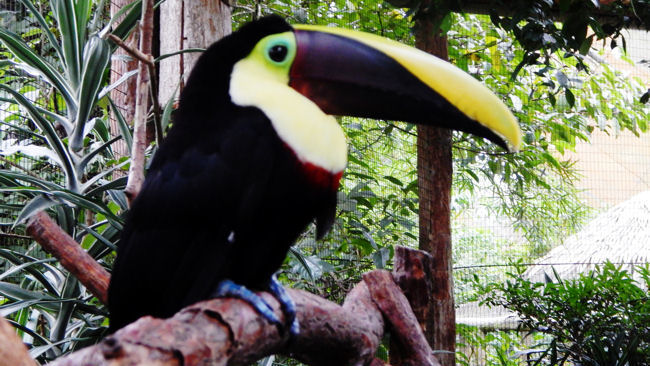 In the hotel's reception area there is a large and impressive painting by the renowned British artist Deidre Hyde, illustrating the flora and fauna of the country. In the picture, she has included some of the elements that characterize the hotel: the cornerstone of the property – the amphitheater - scarlet macaws flying over the jungle canopy, and orchids, palm trees and gardens. In this area also is the hotel's first (of many) fountains, this one embodying the face of Bacchus, god of wine, a reproduction of the last century that was produced in the workshop of Atonio Doninnelli.

From my room in Zephyr Palace, in a separate section of the hotel's grounds, I had heart-stopping views of a tropical rainforest with an emerald green ocean beyond. Dinner that evening at the Amphitheatre Restaurant, gazing at a perfect sunset and enjoying an inspired repast was a sublime way to kick off my Villa Caletas rendezvous. 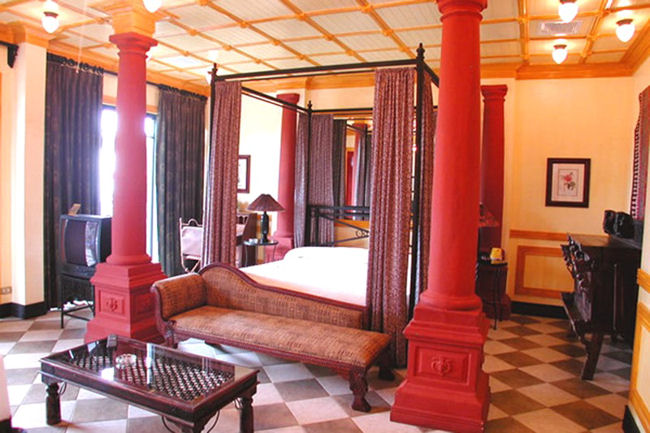 The view from the amphitheater overlooks a secondary forest. After the construction of the hotel, the grasslands surrounding the property began to grow and because the owner preserved this untouched land, it is now a tropical rain forest that has its own life and an ecosystem where raccoons, white-faced monkeys and hundreds of species of birds live and thrive. Because it is important to the Villa that guests be able to touch and feel the nature around them, they have created Friends of the Forest Trail that goes from the top of the mountain to the hotel's private Caletas beach. It is entirely possible that on the way one will cross paths with howler monkeys, toucans and coatis - with exotic plants and flowers as your companions. At trail's end, there's a waterfall and whirlpool where one can plunge in as the sounds of the forest create a magical moment. 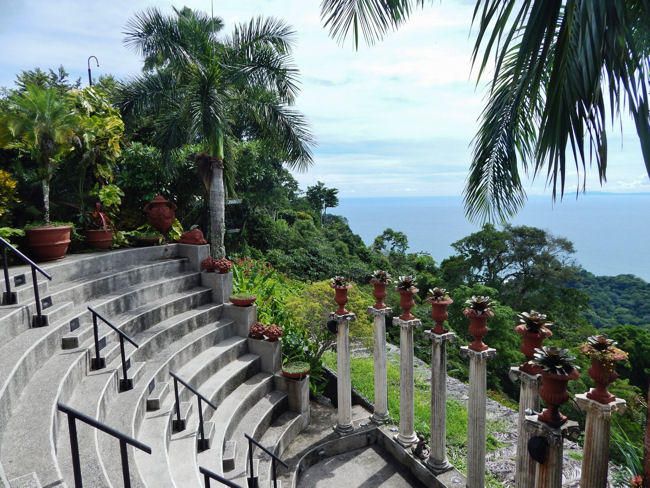 Weddings and honeymoons were made to be celebrated here – at the private beach, at the Amphitheatre, or in magical Zephyr Palace – with a standard of romance, elegance and location that gives new meaning to the phrase “Destination Wedding.” The chefs will create a masterpiece menu and the wedding coordinators will assist with any and all requests. Whether the celebration be intimate for just a few looking over the Pacific or a large, lavish affair with dancing till dawn in the disco, Villa Caletas does it right. One thing's for certain: a wedding here is romance personified.

The word romance, according to the dictionary, means excitement, adventure, and something extremely real. Seems like Webster has just defined Villa Caletas. Come see for yourself!