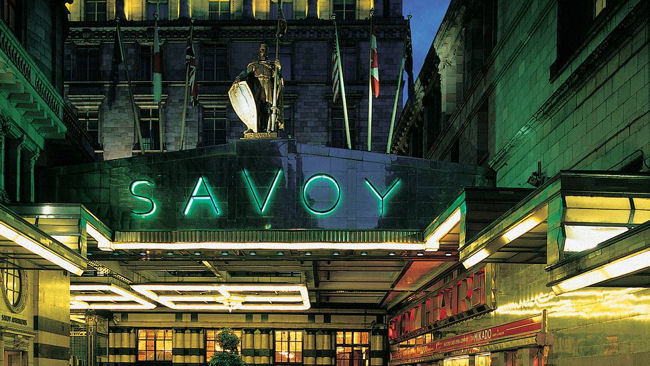 The partnership extends Fairmont's relationship with EMI Music, the owners of the Abbey Road Studios, which already includes guest access to bestselling EMI artists through a variety of channels including the luxury hotel brand's "Sounds of Fairmont" program - where new and emerging artists perform live at select properties around the world - which will be extended to include special events at Abbey Road Studios.

One of the first elements of the new partnership is collaboration between Abbey Road Studios and The Savoy, a Fairmont managed hotel. Following up on the most ambitious hotel restoration in British history in late 2010, the team at The Savoy will be working closely with Abbey Road Studios on a refurbishment project for the Abbey Road Studios' lounges. The project aims to bring The Savoy's style, luxury and timeless elegance to the studios.

Kerin McDonald, Head of Brand and Marketing for Abbey Road Studios said of the partnership. "We are very excited to be partnering with Fairmont Hotel & Resorts. In the first instance, it is an amazing opportunity for us to be working with the team at The Savoy to redesign and furbish our studio lounges. The Savoy and Abbey Road Studios are both globally renowned iconic British buildings and brands, and we are delighted to be bringing some of The Savoy's sharp style of London's High Society to the legendary Abbey Road Studios."

"Similar to Fairmont, the Abbey Road Studios brand is one of substance, character, reverence, and history," said Brian Richardson, Vice President, Brand Marketing & Communications for Fairmont Hotels & Resorts. "Over the last few years, our music programming with EMI has been an exciting element that many of our guests have really appreciated and enjoyed, so to be expanding this initiative with such a recognized name in the recording industry is truly exciting."

Abbey Road Studios are the most famous recording studios in the world and an iconic symbol of British music. They have been home to countless landmark recordings and pioneering advances in recording technology. Opened in November 1931 Abbey Road Studios were the world's first purpose built recording studios. The iconic building has a phenomenal 80 year history working with many of the world's most famous artists including The Beatles, Pink Floyd, The Hollies, Cliff Richard, Kate Bush, Oasis, Elbow, Florence and the Machine, Kasabian and Stereophonics.

Also one of the world's premiere locations for movie scoring, since the 1980s films such as Raiders of the Lost Ark, Star Wars, the Lord of The Rings Trilogy, Braveheart and The Kings Speech have been recorded there. The list continues to many other major titles including Cold Mountain, The Golden Compass, Shrek, Prince Caspian and Harry Potter.