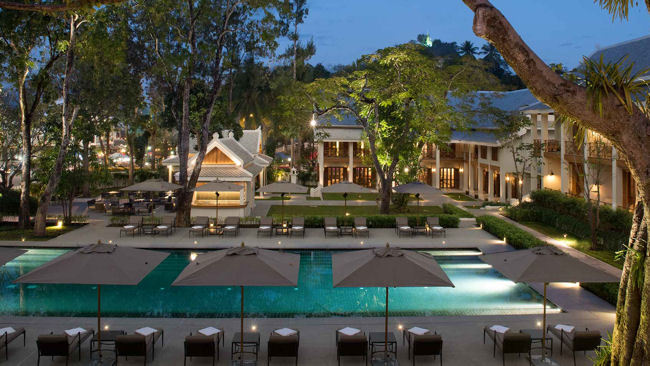 It lies approximately 350 meters above sea level in northern Laos at the confluence of the Nam Khan and Mekong rivers. Crowned by verdant mountains and housing over 30 Vats (temples), former royal palaces and scenic ponds, it is considered by many, the cultural nucleus of Laos.

The first buildings on Azerai Luang Prabang’s unique site were unveiled over 100 years ago in 1914, on French National Day. They were designed as French officer’s quarters and were later adapted by the Laos government. Then, in 1961, the buildings were reconstructed as the Phousi Hotel and soon became the most prominent hotel in Luang Prabang until it closed in 2014. Shortly after, work on Azerai began. Two years on, after being newly constructed on it's historical footprint, the hotel is re-opened; re-defined as a contemporary classic, inspired by the town's traditional Lao and French colonial architectures.

The hotel is built around a leafy courtyard with a 25-meter pool, surrounded by comfortable loungers and an old shade-bearing Banyan tree with a sacred legacy.