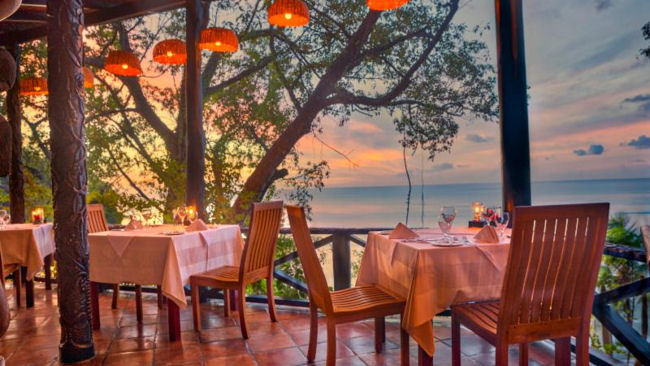 In keeping with Anse Chastanet's eco-conscious philosophy, the resort's Treehouse restaurant is offering a new menu, titled Balawoo - a Creole name for a small fish - which embodies the sea-to-plate, farm-to-table philosophy for which the legendary resort is known around the globe.

"Anse Chastanet is defining enthusiastic regional Caribbean cooking, which uses fish caught by local fisherman, while simultaneously incorporating produce from our own Emerald Estate farm," said the resort's James Beard Award-winning consulting chef, Allen Susser. "Each time we connect with our fishermen, the flavors present themselves in new and engaging ways."

Tapping into the resurgence of agricultural industries such as fishing, foraging and farming, Anse Chastanet's culinary team has partnered with local fishermen and farmers to plan a fresh, coastal menu that features fish and produce that are in season.

Balawoo menu offerings include a Caribbean seafood bar with fresh options such as Snapper Tiradito, Lionfish Ceviche and Wahoo Sashimi. Other menu items include the whole fish of the day roasted in banana leaf. During lobster season, guests can also enjoy Grilled Local Spiny Lobster with Passion Fruit Butter or the World's Largest Shrimp.

"Our vision is to ensure that all seafood is acquired responsibly, with minimum negative impact on the oceans and on the ecosystems, and on the communities that depend upon them," said Karolin Troubetzkoy, Anse Chastanet's Executive Director.

The Anse Chastanet Treehouse is a two-level open-air restaurant overlooking lush tropical foliage and the Caribbean Sea. Celebrating award-winning tropical world cuisine, dinner is served daily (except on Tuesdays, when dinner is available at the resort's beach-level restaurant) in a romantic candlelit ambiance, surrounded by beautiful original artwork.