Autumn on the Tuscan Island of Elba 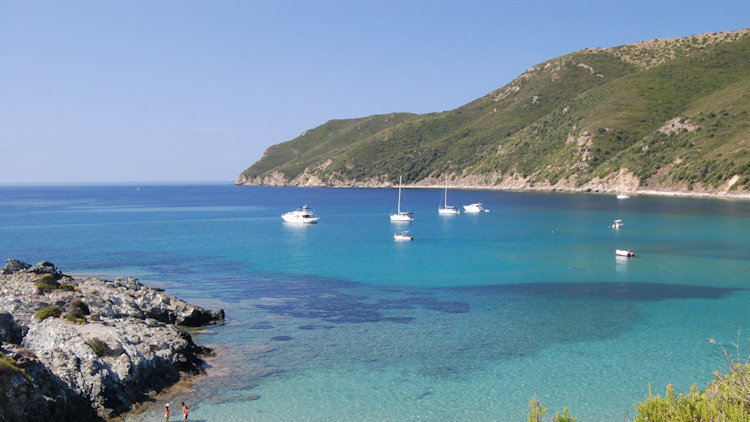 The Tuscan island of Elba is not well known, with most people aware of its association with Napoleon, who was exiled there in 1814, but little else. Among the Italians, however, it’s a very popular summer holiday destination, particularly in August. So by the time September comes around, Elba is the perfect spot for a quieter, cheaper Autumn break, particularly this year, as Hotel Ilio (www.hotelilio.com) is celebrating its 60th birthday and offering a 15% discount across all rooms from 1 September to 7 October when the 2019 season closes.

Autumn, when temperatures peak in the early 20s, is the perfect time to explore this stunning island with its unspoiled secluded coves and small villages tucked into the coastline. Sant’Andrea, for example, where Hotel Ilio is located, is a great spot from which to swim, snorkel, sea kayak or SCUBA dive, as well as being the starting point for hiking and mountain biking routes that follow the water’s edge to the small fishing port of Marciana Marina or up into the hills, reaching Madonna del Monte, which Napoleon visited frequently during his exile to the island, so that he could gaze across the waters to his beloved Corsica, where he was born.

Those wishing to travel further afield would be advised to hire a car and make the most of the island’s infrastructure (which was vastly improved by the French Emperor during his 10-month sojourn) and the many cultural venues he either renovated or had constructed, including Villa dei Mulini (now a National Museum) and Teatro dei Vigilanti (still a working theatre), both in the capital of Portoferraio, and Villa san Martino, with its frescos of bees that are the symbol of Napoleon.

Villa san Martino; one of Elba’s many quiet coves

Further afield, Rio Elba, one of the oldest settlements on the island dating to the Bronze Age, is well worth a visit. It is famous for its iron mines, which were the backbone of the economy prior to 1980 and which are now open for tours; stay a little later in the day to enjoy a candle-lit concert at the recently renovated Teatro Garibaldi. Combine a trip to this eastern part of the island with a stop in Porto Azzurro, once a small fishing village now reinvented as an upmarket yacht marina, with lots of lovely little streets lined with independent boutiques and great little restaurants.

Meandering back across the island, there are plenty of untouched medieval hamlets to explore, including the hilltop villages of Marciana and Poggio, which sit among a vast expanse of chestnut trees and shrubland. With their steep flights of stairs and historic buildings, they are worth a wander, followed by a meal in one of the local eateries, which – in the Autumn – serve up the fruits of the surrounding area: think wild mushroom pasta and chestnut pudding.

Plenty of events also take place in the Autumn, attracting a wide range of visitors. There is a Grape Festival for gourmands, while more sporty tourists may like to take part in the Tuscany Walking Festival or the Elbaman (a half Iron Man).

Whatever your interests or desires, Maurizio Testa, owner of Hotel Ilio who was born and bred on the island, is happy to share his intimate knowledge of Elba, suggest itineraries, provide maps and recommend the best places to visit and eat; he will also organise an English-speaking guide if required.

For more information, go to www.visitelba.com and to book Hotel Ilio, where rates start at just Euro 59.50 (usually Euro 70) with the 15% anniversary discount (insert the code HOTELILIO2019 when prompted) for two people sharing an Essential Double Room, including breakfast, Wi-Fi, parking and VAT, go to www.hotelilio.com.