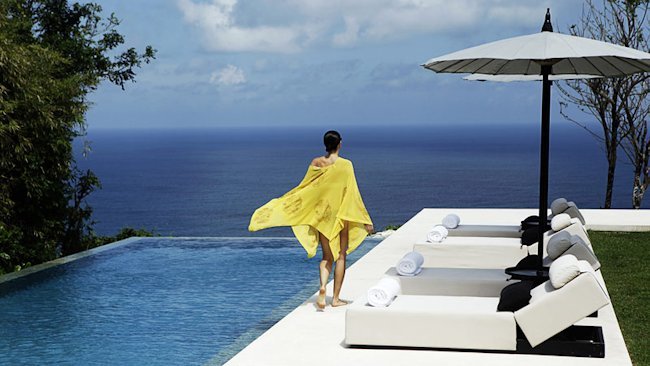 A USD $200 million upgrade of the gateway airport will see capacity rise to 25 million passengers a year, with other key and much needed infrastructure upgrades including a new toll road and an underpass on a key transport route.

"Australia continues to be one of the key drivers of demand," said C9 Hotelworks' Managing Director Bill Barnett, "but the market is seeing a defined shift to short and medium-haul regional markets. China is playing a far larger part in the mix, while the traditional Japanese market has eroded. We expect rising volume from Malaysia to surpass that of Japan."

Weighing in on concerns of overdevelopment Horwath HTL Director Rio Kondo said: "The strong performance of Bali hotels is likely to continue with the new airport and infrastructure improvements despite new supply. It is likely that the impressive new stable of strong international brands opening in the ramp up to APEC will induce new demand into the destination."

The surging tourism market has dragged along Bali's real estate sector, which has moved into top gear with large, listed Indonesian firms and high-net worth individuals creating a land buying frenzy on the southern part of the island.

One key benefactor that is highlighted in the report is a spike upwards in hotel branded villa and condohotel offerings. Analyzing the trend Mr Barnett was quick to point out "that unlike Thailand's established Phuket and Koh Samui resort real estate offerings, Bali has been inundated by domestic demand. Both investment and end users primarily from Jakarta and Surabaya have been buying off plan units in the USD80,000 to USD150,000 range."

Summing up Bali's tourism prospects going forward Mr Barnett added: "It is apparent that the jolt which occurred during the global financial crisis in 2008 has significantly altered the tourism sector. Asia's rising middle class, the explosive growth of low-cost airline carriers and the decline of legacy markets all point to an increasing dependence on mass tourism.

"Every Asian resort destination is facing a similar dilemma," said Mr Barnett. "Private sector investment is outpacing public sector infrastructure and the cracks are showing. Like it or not Bali's evolving hotel market is set to evolve dramatically as we head towards the landmark AEC (ASEAN Economic Community) free trade initiative in 2015."