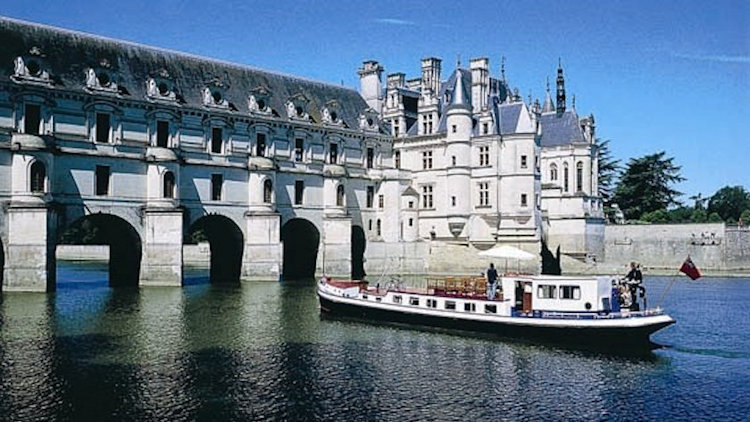 European Waterways is inviting guests to celebrate “500 years of Renaissance Heritage” in France in 2019 with hotel barge cruises in the Loire Valley, a region that was at the epicenter of “one of the greatest artistic movements of European History.”  Exclusive departures on the company’s six-passenger Nymphea hotel barge, which cruises through the Loire Valley on the Cher River, feature numerous excursions that will immerse guests in the region’s many exhibitions, festivals and gastronomic events that will observe the occasion. Rates for the six-night cruises start at $4,650 per person, based on double occupancy, and include accommodation, gourmet cuisine, open bar, fine wines, daily excursions, and guided tours.

The French Renaissance contributed to a revolution in world art, literature, architecture and science.  France’s Loire Valley is marking the 500th anniversary of three major milestones that shaped the Renaissance: the death of Leonardo da Vinci, who spent his final years here, the start of construction of the Château de Chambord – the ultimate embodiment of Renaissance architecture – and the birth of Catherine de’ Medici in Florence, Queen of France by marriage to King Henry II, who reigned at the height of France’s influence.

Courting History
Reminiscent of a classic yacht, European Waterways’ Nymphea takes guests on an immersive journey that reveals the history, art, architecture, wine, and cuisine of the Loire Valley, which is often called the “Valley of the Kings of France.” The French court, held in towns along its namesake river, left behind some of the most magnificent royal residences in the world.  Guests will visit the Château de Villandry, the last of the great chateaux built during the Renaissance, as well as cruise beneath the famous arches of the Château de Chenonceau, before enjoying a guided tour of its many lavish rooms and original artwork.

Luxury Hotel Barge Renaissance also cruises in a more easterly part of the Loire Region, visiting several unique attractions, such as Gien, the home of Faience Pottery, and the world-famous UNESCO Heritage Site of the Château de Fontainebleau. Rates for the six-night cruises start at $6,890 per person, based on double occupancy, and include accommodation, gourmet cuisine, open bar, fine wines, daily excursions and guided tours.