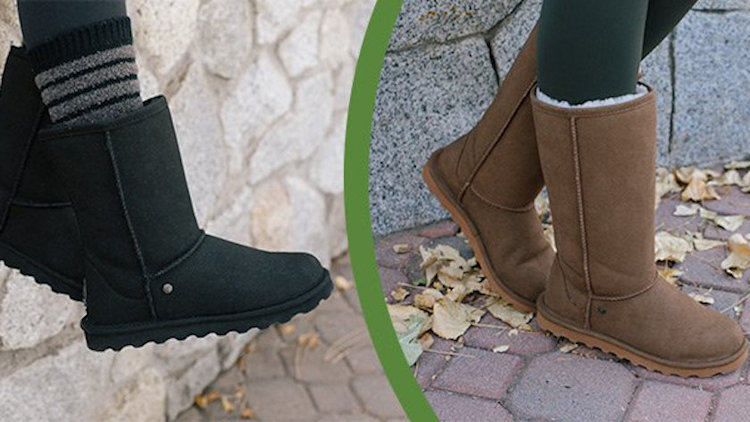 Bearpaw fans can now purchase their favorite styles: the Elle Short, Elle tall, and Loki now in the vegan microsuede option in either black or tan. All the cruelty-free styles, including the Loki Vegan slippers, have a plush lining that is said to help “[regulate] body temperature to keep your feet warm” while the footbed helps reduce foot fatigue. This is just the beginning for Bearpaw’s vegan collection as they have future plans to continue expanding the line to include more styles.

Over the last 20 years, BEARPAW has developed an extensive line of footwear that covers multiple categories year-round and is available throughout the United States and in over 45 Countries throughout the world. The new vegan collection from BEARPAW will range in styles from the Loki Slipper at $44.99 to the Elle Tall Boot at $79.99 and will be available on Bearpaw.com and other independent retailers.