Best Wine Regions in the World 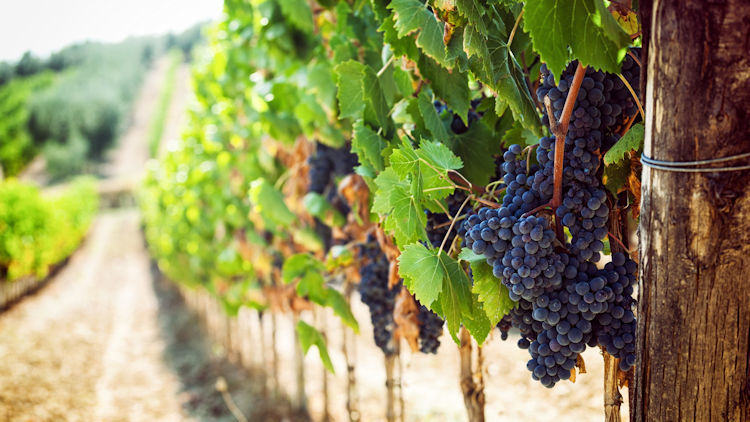 As Paulo Coelho perfectly summed it up, “Accept what life offers you and try to drink from every cup. All wines should be tasted; some should only be sipped, but with others, drink the whole bottle.”  This emphasizes the fact that wine regions are the ultimate itinerary for you and your friends.

Whether its rosé, red or white, a connoisseur can spot a good-quality wine instantly. Hence, here are some of the best wine regions you must visit if you’ve planned a trip to countryside:

It should be no surprise that France is listed as the top wine region in the world. French wine is globally considered as one of the finest quality wines. Interestingly, there are ten regions in France, each specializing in their wine.

Alsace in the east, is famous among white wine lovers, while the Beaujolais is the favorite spot for the red wine lovers. However, if you are someone, who appreciates both, then Bordeaux specializes in both dry sweet white wine and red wine.

For that sweet bubbling wine that is used for celebrations all over the world, Champagne is named after its origin region in France. However, other regions are producing sparkling wine, but Champagne specializes in, well, Champagne, which is most popular. Some popular French wines are:

Home to the world's finest cured meat, cuisine, and various kinds of cheese, Italy is also one of the finest wines' producer, which are one of its kind. Recently, Italy has overtaken France as one of the most wine-producing countries.

Lombardy, Sicily, and Tuscany are some of the regions that produce fine wine for those appreciative of its fine taste. There are almost 20 wine-producing regions in Italy each producing its kind.

Italy is one of the most visited countries by the tourist. Hence, if you’re not making a trip to the wine regions of Italy, you’re making a big mistake. Some popular wines from Italy are listed below:

Like the Italians, the Spanish are also famous for producing one of the best-cured meats around the world. Enjoy your steamy meat dishes with a glass of the fine Spanish wine, it’ll surely taste heavenly. Spanish has stood to be one of the third wine-producing countries, where acres and acres of land, are either dedicated for olive cultivation of grapes for wine.

The red and white crisp wines have a huge fan following all over the world. The best part yet, is the Spanish wines are all about value for money and more affordability, as compared to the French and Italian wines.

Curious about different kinds of wines from Spain? Move over to usualwines.com, to find this out! Some famous Spanish wines are:

If you’re in the United States, visiting or already living, then it's time to explore one of the best wine regions in the countries. The USA stands as the fourth largest wine-producing country. One region that stands out in California that produces around 90% of the country’s wine.

Napa Sanoma in California is famed worldwide for its exquisite taste. Some of the famous wines of the USA are:

Argentina is the fifth wine-producing country of the world, which has established a good reputation and strong international presence. One of the popular wine regions in Argentina is Mendoza, with breathtaking views of the foothills of Andes.

Because of the individual high altitudes and the low altitudes of the Andes region produces wine with unique notes. Some of the popular Argentinian wines are listed below:

Empanadas are a party-favorite. Little do people know it’s from Chile. From glaciers to white-sand beaches, and 900 statues called moai are exquisite tourist attractions in Chile. However, Chile is also famous for its wines.

Chilean Cabernet Sauvignon are from the central valley that encompasses sub-regions like Maipo, Colchagua, and the Maule Valley. And some of the finer wine regions are from the Maipo valley that has wine with darker notes of blackberry and cocoa powder.

The viticulture of Australia arrived in 1788, where wine production was introduced. Australia has around 100 grape varieties and 65 wine regions which is a perfect paradise for a wine sommelier. Some of the main attractions are as follows:

Although the Safari and unique culture of Africa is the main tourists' attraction, however sightseeing at the Cape Winelands have also gained popularity over the years. Africa alone has 60 wine regions. Hence, if you’re a wine-lover you’ll have several options available in Africa.

As far as the affordable wine tasting is concerned, some of the famous African regions include Babylonstoren, Boschendal, Haute Cabrier and Lanzarac. However, it’s suggested to start your trip from Franschhoek, Durbanville, and Constantia for the finest wines.

Moreover, the wine tasting in Africa is unique. Although one might presume that a charcuterie board is best paired with wine, Africa has a different approach to offer. Salt and white pairing or Fleur du Cap and the cupcake in Delheim are quite untraditional and adventurous.

The takeaway is this that if you are someone who likes to brunch and wants to relax after hard work. Then you might consider planning one more trip to the wineries and taste some of the world’s finest wines.