Birthplace of Country Music Events this September in Bristol, VA 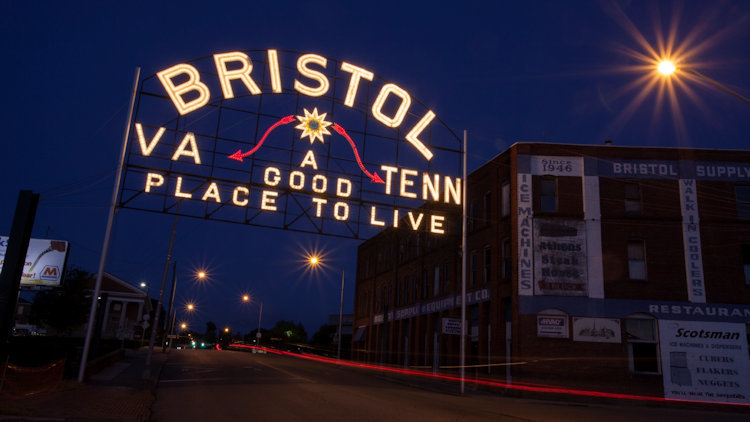 Known as the “Birthplace of Country Music,” Bristol’s streets are almost always filled with the sounds of live performances, whether that be bluegrass, folk, country, blues, or gospel. The historic music town also is known for straddling the Virginia/Tennessee border.

This summer, Bristol celebrates the 92th anniversary of the legendary 1927 Bristol Sessions recordings by showcasing the deep impact of the Sessions. Between July 25 and August 5 of that year, Peer conducted recording sessions using the new Western Electric electronic microphone during which 19 performers (or groups of performers) recorded 76 songs.  Those sessions – the now famous “Bristol Sessions” – are known as the “Big Bang” of modern country music, and were called by Johnny Cash “The most important event in the history of country music.”

Today, that history is kept alive with country music murals, monuments, destinations and events throughout the city. The Birthplace of Country Music Museum provides a forum for live performances and also features collections of musical instruments and memorabilia from various country music legends. Bristol is a major city along The Crooked Road: Virginia’s Heritage Music Trail, which has more than 300 miles of musical history and scenic terrain through southwest Virginia, including 19 counties, four cities, and 54 towns.

The award-winning Bristol Rhythm & Roots Reunion festival celebrates the legendary 1927 Bristol Sessions - and its influence on the music of today - annually along State Street in Historic Downtown with more than 100 acts of live music over the course of a 3-day weekend. Visitors may dance in two states while enjoying the very best in Americana, country and traditional bluegrass and old time music in addition to up-and-coming, rock, blues, and alternative acts.

• On September 15, Ken Burns releases the highly anticipated documentary series Country Music, which will explore noteworthy stories of the people and places that helped form the cherished American art form.
• Bristol Rhythm & Roots Reunion festival, September 20 -22, 2019, celebrates its 18th year in Historic Downtown Bristol showcasing more than 100 acts over the three-day weekend. The legendary Wynonna Judd and St. Paul and the Broken Bones are listed headliners, making this festival an ideal trip for country music lovers.
• Visitors are welcomed at the Birthplace of Country Music Museum to learn about how the iconic 1927 Bristol Sessions recordings forever changed the music industry in America.