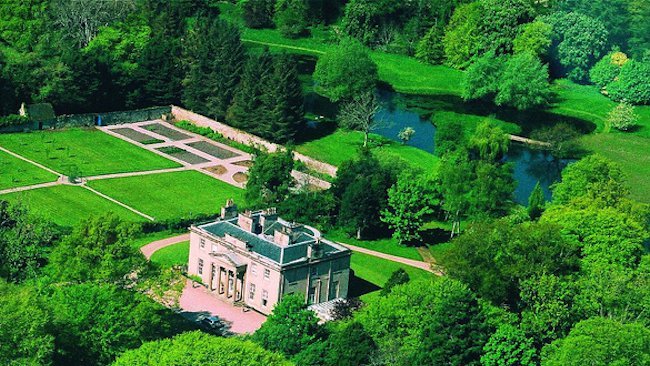 The publication, which is the leading independent guide to hotels of character and quality in Great Britain and Ireland, annually is sues its prestigious César awards, known as the “Oscars of the hotel industry.” Winning properties are listed in the 2013 edition of the guide, which became available in print starting Oct. 8 and which can be seen online at www.goodhotelguide.com. The guide annually nominates 10 hotels for its awards, which are named for celebrated hotelier César Ritz.

Boath House was a labor of love for owners Wendy and Don Matheson, who acquired the property in the 1990s and set about transforming it into the warm haven it is today. They've ensured that the eight-room, family-run boutique hotel offers the highest levels of service and attention to detail. Desmond Balmer of the Good Hotel Guide commended the Mathesons for creating “a feeling of warmth at their historic Regency mansion.” The property was further acknowledged by the guide for the efforts of its manager, Jonny Ross, and Chef Charles Lockley, who oversees the Michelin-starred restaurant.

Boath House is located in the Highland town of Nairn, near the cities of Inverness and Elgin, on Scotland's northeast coast. Built nearly 200 years ago, the Georgian mansion is set on 20 acres of manicured gardens, well-tended lawns, woodlands and streams. A two-acre ornamental lake on the grounds is home to brown and rainbow trout, swans, wild geese and ducks, and a bog garden is occupied by such pond life as newts, frogs and dragonflies. The town of Nairn, located just 7 miles from Inverness Airport, is an area of outstanding natural beauty. It's easily accessible to castles, whisky trails, Loch Ness, 30 golf courses, the Moray Coast, and Cairngorm National Park.

Boath House's restaurant boasts one Michelin Star and four AA Rosettes, making it one of the four best restaurants in Scotland. Much of the produce it serves is either sourced locally or grown in Boath House's own kitchen garden, which provides organic fruit, herbs and vegetables. The honey served on property comes from Boath House's own hives, and eggs are from pet bantam hens. Local suppliers provide the highest quality seafood, which is caught and delivered daily by West Coast fisherman; meats and cheeses are sourced from a nearby organic dairy.

Connoisseurs Scotland's collection of 30 members includes four of the world's finest golf resorts (Cameron House, Gleneagles, Turnberry and St. Andrew's Old Course) and several outstanding city center properties, including Prestonfield, one of only two 5 Red Star Hotels in Edinburgh, and Hotel du Vin at One Devonshire Gardens in Glasgow. Other members include The Royal Scotsman, the ultimate luxury train; MV Hebridean Princess, the finest hotel afloat; Blanefield, an exclusive-use property; and a collection of intimate country-house hotels that includes Inverlochy Castle. Seven of the members boast Michelin-starred restaurants. Information on Connoisseurs Scotland, its member resorts, partners and special offers can be found at www.luxuryscotland.co.uk.
Like Us
Facebook
Follow Us
Twitter
Follow us
Instagram