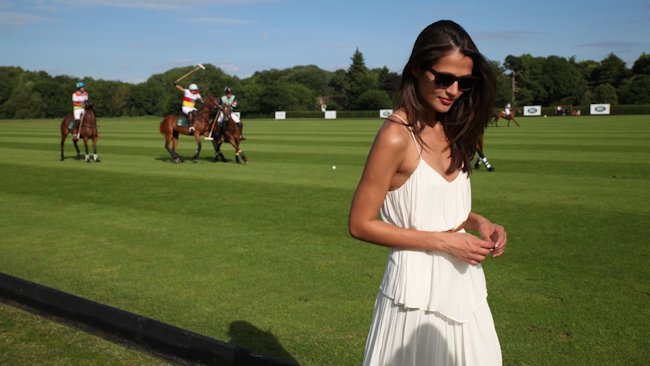 As British Representatives for British Polo Day USA and members of the British Royal Family, Lord Frederick and his wife will be joined by some of the world's most influential society figures and business moguls in this celebration of British luxury heritage. Guests invited to this highly-coveted event will enjoy a day of fast-paced polo, fine dining and fashion, courtesy of the extraordinary and unique designer, Zaeem Jamal.

Under the glorious West Coast sunshine, guests will be treated to Taittinger Champagne Reception on arrival, before sitting down to a lunch expertly paired with wines from Royal Warrant Holders, Justerini & Brooks. Following this, will be two highly-anticipated polo matches. Andrew Bossom, president of the famously-picturesque Will Rogers Polo Club, and keen polo amateur, will hope to lead Eton to a victory against Will Rogers for the sought-after Land Rover Trophy. Rounding-off the afternoon will be the fierce competition between Oxbridge and Southern Californian Universities for the equally-desirable Hackett Cup. Spectators will then join Royal Salute Brand Ambassador, The Duke of Argyll in a Royal Salute Scotch Whisky toast to the victorious teams, as part of the day's final prize-giving.

Between the delicious three-course lunch and the classic pitch-side afternoon tea produced by Charles & Company will be the Loud Auction, for the benefit of Great Ormond Street Hospital and Homeboy Industries. As part of an ongoing commitment to philanthropy - which has to date raised over US$656,958 - British Polo Day USA is delighted to be supporting an extremely worthy cause, in Los Angeles. Homeboy Industries provides hope, training and support to gang-involved and previously incarcerated men and women, operating social enterprises that serve as job-training sites – including an extremely-popular bakery, grocery store, diner and farmers market.

Lord Frederick Windsor comments: "Having attended British Polo Day Mexico last November, my wife Sophie and I are very pleased to be supporting the inaugural event in the USA.

British Polo Day's endeavors to champion luxury heritage around the globe are increasingly well known and the charitable beneficiaries – The Prince's Foundation and Homeboy Industries –resonate well with the British-American ties that are to be celebrated on the day.