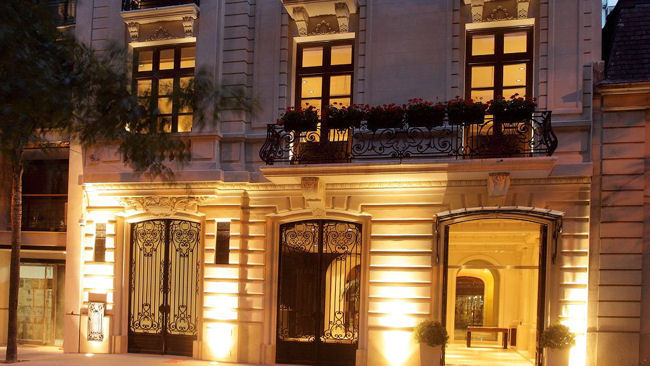 Federer is a Swiss professional tennis player currently ranked World No. 2 by the ATP, and considered by many to be the greatest tennis player of all time.

Federer beat Argentina's Del Potro 6-4 7-6 (1) in their second exhibition match in as many days, but was beaten 3-6 6-3 6-4 in the first. Federer told the press that he believes Del Potro has the potential to become world No. 1; "He is already among the best, now he just has to train hard and stay on the same path," he said. "He was No.4, he's now 7, but he could be No. 1. Sometimes the difference is in the small details."

"After hosting Agassi and Sampras last year, we feel honored to have hosted some of the world's top tennis legends at our hotel," says Scott Mathis, Chairman and Founder of Algodon Partners. "And we are thrilled to have welcomed him to Buenos Aires through our own tennis legend, Jose Luis Clerc, who is also an Algodon brand Ambassador. We look forward to receiving Roger Federer again during future tours, and hope to soon see him at Algodon Wine Estates, our championship tennis center and wine hotel on the vineyards in San Rafael, Mendoza."