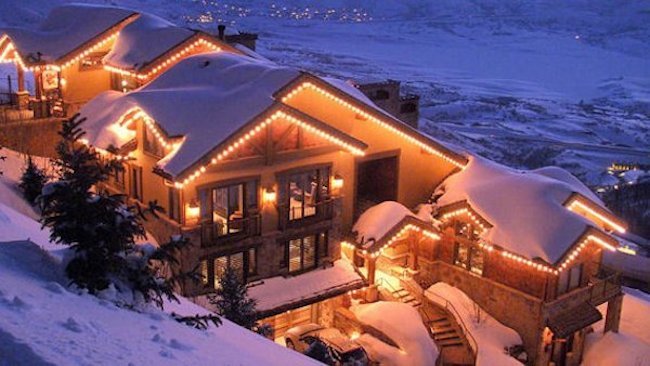 Located in the exclusive Deer Crest community, Casa Nova is the premier ski chalet in the country, affording immediate access to Deer Valley's legendary skiing right outside the back door. The home includes sleeping accommodations for up to 25 in 6 bedrooms plus a bunkroom, four bars, 13 flat screen televisions, two hot tubs, a THX-certified screening room and state-of-the-art fitness, massage, sauna and steam rooms. The estate also includes separate caretaker's quarters.

"I am honored that Casa Nova has earned this prestigious recognition," said Mark Toro, owner of Casa Nova. "Our Deer Valley home, named for my wife Nancy's family, was designed and constructed to afford us the opportunity to spend true quality time with loved ones in one of the most beautiful places on Earth. It has truly been a labor of love."

Casa Nova was the Toro family's dream home, and they were heavily involved in the design and construction from start to finish. It was their goal to create an idyllic, one-of-a-kind get-away for their friends and family. Groundbreaking took place in May of 2006, and the family celebrated their first Thanksgiving holiday in their new home in 2007.

This new designation joins a long list of accolades. In 2008, Casa Nova was named the Ultimate Villa Vacation by Robb Report, the only ski resort included in the list. Casa Nova has been profiled in luxury publications such as Forbes Life Magazine and Luxury Travel Magazine.