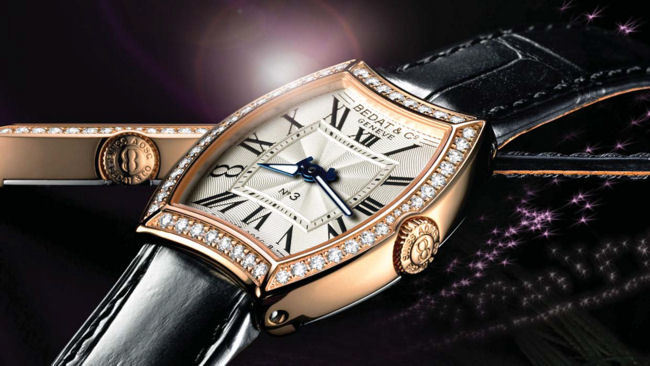 The celebrated Swiss watchmaker is no stranger to the award-winning airline, begun a partnership several years back as a time sponsor and the brand of its choice in all Cathay Pacific’s international in-flight airshow time displays.

Partnerships between horological and sporting events on land and at sea are par for the course but this unique partnership between timekeeping brand and airline marks the first of its kind.

Founded by Madame Simone Bedat, a woman renowned for her vision and belief that the modern woman needs a timekeeping machine that is all her own, each Bedat & CO timepiece is an extension of the modern woman’s way of life as well, where travel forms an important component. Bedat & CO’s promise of flawless timekeeping is, of course, a given while its master craftsmanship embodies, serves, respects and celebrates the and desires of women at its very core.

Founded by the pioneering and visionary Madame Simone Bedat, Bedat & CO is a Genevois watchmaker with its roots in the history of Swiss watchmaking tradition. Headquartered in Geneva, Switzerland, Bedat & CO is also, uniquely, a brand founded by a woman and whose creations have women entirely in mind. Its aesthetics are inspired by the Art Deco spirit although its every design has classical timelessness at its heart. Bedat & CO is the preferred brand of women who appreciate timepieces that celebrate the spirit of the independent woman who embraces modernity yet appreciates eternal, enduring and a fiercely feminine style.

Established in 1946, Cathay Pacific is the flagship airline of Hong Kong and operates an award-winning fleet of aircraft that services close to 200 destinations around the world, including in codeshares and joint ventures. A member of the Oneworld alliance, Cathay Pacific also includes its subsidiary, Cathay Dragon and counts itself as one of the best airlines in the world, bringing its famous brand of Hong Kong-inspired hospitality and gracious service to the world via its award-winning crew.
Like Us
Facebook
Follow Us
Twitter
Follow us
Instagram