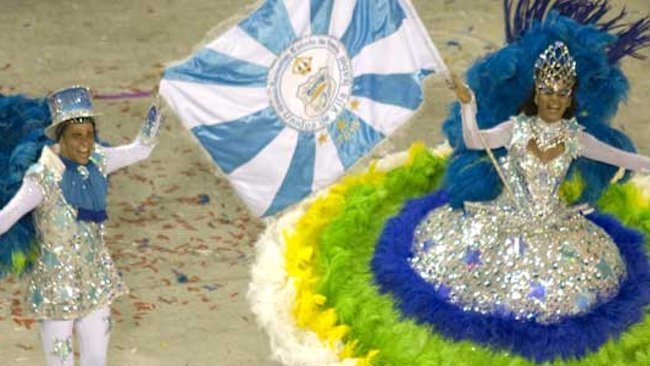 The idea of Carnaval at first might seem easy to grasp and maneuver, but consider this: Over 3 million revelers are expected to attend this year's celebration in Brazil. So we ask: how much do travelers actually know about Carnaval in Brazil, and are they missing out on the full experience?

You might know about the Rio de Janeiro parade, but there are other cities that throw equally massive parties in even more gorgeous settings. Here’s your chance to learn about them and join the party!

Salvador, the capital of Bahia, proves to be a forerunner of carnivals. The city has an estimated 2 million festival attendees during carnival and has the Guinness Book of Records as the biggest street party in the world. “Land of happiness”, Bahia is considered the musical state of Brazil with a rich mixture of genres and rhythms like axe, pagode and samba. People here sing and play special instruments like the berimbau, agogos and atabaques, and the carnival is dominated by the “trio elétricos” – music-trucks with singers and dancers on top.

Its Carnaval kickoff includes a beautiful and intricate masquerade ball called "Baile dos Mascarados." Carnaval in Salvador also cannot commence without the tradition of when the mayor hands over the keys of the city to the designated "Carnaval King." This ceremony signifies that the city belongs to the revelers of Carnaval, and it starts the parades to celebrate the spirit of its people through music and various circuits and street blocks.

Visitors can get involved in local activities and celebrations by choosing a neighborhood block to join in marching the Carnaval parades. The only requirement to join a block is to buy a shirt to participate and follow the “trio elétricos” through the circuit around the city. If tourists prefer to take part as spectators of Carnaval, then they can observe the parades by buying access into a “camarote” or “viewing box.” The viewing box is accompanied with live music, food and drinks during Carnaval, not to mention that guests will have a great overall view of people dancing down the streets. Another alternative is to play in the independent blocks of the city where there is no cost to participate in Carnaval.

Recife has its own distinctive Carnaval symbol: the “Galo da Madrugada” (Rooster of Dawn.) Millions of revelers follow this festive and folkloric doll down Forte das Cinco Pontas to the harbor during the traditional Saturday morning parade, dancing to frevo, Recife’s regional Carnaval music.

For Brazilians, Recife is one of the top Carnavals to attend, and the city's population actually drastically increases from 1,297,000 residents to more than two million people in celebration of the festival. The Carnaval opening ceremony in Recife is kicked off with a commencement in the neighborhood of Rua da Moeda. It is here where people start dancing the distinct rhythm of the Recife Carnaval, “Frevo,” all while following drummers known as the “12 Nations of Maracatu.”

Recife’s neighbor, Olinda, also has carnival dancers jumping with umbrellas in hand and frevo in the foot. The five-day festival, beginning with the typical parade of giant puppets known as mamulengos offer several street blocks, as the Room of Justice and the potato cod, which closes the Carnival on Ash Wednesday.

The Northeast stands out in the country in this period as a region of joy, relaxation and celebration. In Fortaleza, the capital of the State of Ceará, the party has varied rhythms of music, away from the hegemony of samba and axe. What stands out the most are maracatu groups and dances at Iracema Beach and Avenue Domingos Olimpio, major sites of Fortaleza’s carnaval.

The creation of Carnaboi party helped join carnaval celebration with the traditions of the Boi Bumba, turning this into the most famous Carnaval in the Amazon. The Manaus Carnival keeps the tradition going back to the early 20th century, the great parade of traditional costumes, which takes place in the historic city center.

Carnaval in Florianópolis is among the best in Brazil. Similar to Rio, the celebration here is cheerful and open to all; gays, lesbians and supporters head to Magic Island to enjoy a quiet and lively street party. At the city center, the samba schools parade on the Nego Quirido catwalk.

Carnaval in Diamantina has the special distinction of taking place among narrow streets full of old mansions, and the party has no time to finish. We are talking five days 24 hours of non-stop festivities. By day, the street blocks get people dancing all over the streets. And overnight, the Bartucada groups and Bat Cave direct the batucada. And it all takes place in the Old Market Square, with more than 15,000 joining the fun people daily.

Most of the carnaval celebrations in Ouro Preto are organized by local universities students, called Cabrobró. But there are also events organized by residents of Ouro Preto, including the oldest carnaval group in the country; The Zé Pereira dos Lacaios, which since 1867 rouses party goers with giant puppets.

Similar to Rio de Janeiro, Sao Paulo has a competition between different samba schools. Carnaval in Sao Paulo starts on the Friday and Saturday of Carnaval week, a day before Rio de Janeiro, at the Anhembi Sambadrome. Anhembi Sambadrome is the largest outdoors event venue in São Paulo designed by the great Brazilian architect Oscar Niemeyer. It is here where the top samba schools congregate to compete for the grand honor of winning the Carnaval championship title. Some of the well-known and top samba schools competing include Nenê de Vila Matilde, Gaviões da Fiel, Vai-Vai, Camisa Verde Branco, and Peruche. Festivalgoers can expect to see a lot of Afro-Brazil cultural influences and dances in Sao Paulo's Carnaval.

And of course, we will mention Rio:

For many years, Rio de Janeiro has been notoriously known for its main samba parade, which will take place February 5-8th of this year. During this enormous parade, 6 of the 12 best samba schools march to the Sambodromo (Samba Stadium) each day for the opportunity to be selected the year’s champion. What many travelers might not know prior to planning their trip is that the Carnaval-fun doesn't end there and that the festival has additional samba parades, Carnaval balls, children's parades, neighborhood block parties and other events that are just as entertaining.

For many attendees, Carnaval actually starts and ends with the "street blocks," or individual neighborhood street parties. During this time, Rio locals, better known as “Cariocas,” take the street to dance and sing behind their preferred bands’, or “trio eletricos,” giant trucks with a sound system. Full of creativity and humor, these blocos hype up the joy of the city, and best of all, it’s free and open for the public to attend.

With its spectacular beaches, lush rainforests, rich culture, exotic cuisine and exciting nightlife, Brazil is one of the most compellingcountries to visit today. Travelers are invited to explore Brazil’s incredible geographical diversity – from the wetlands to the beaches. With a beautiful, tropical climate, Brazil is an easily accessible, exotic get-away for couples, families and business travelers.