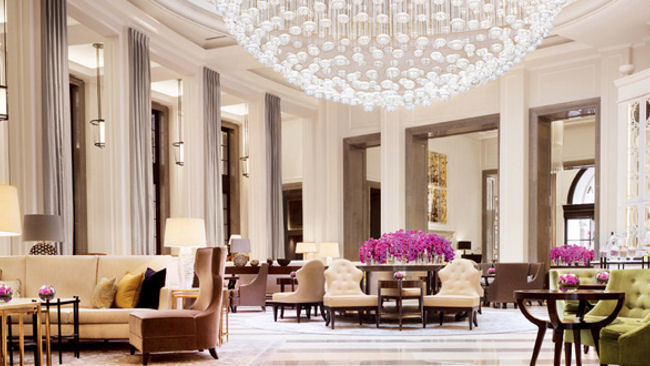 Located just moments from Buckingham Palace, Corinthia Hotel London is situated in a stunning Victorian property fit for royalty, making it the perfect starting point for those wishing to join in the festivity.

A number of events will be taking place across London; free and ticketed, informal street parties. Most notably Trooping the Colour on Saturday 11th June, otherwise known as The Queen's Birthday Parade, this annual ceremony dating back to 1920 marks The Queen's public birthday and takes place directly behind Corinthia London on Horse Guards Parade.

In line with the celebrations, Corinthia London has created a bespoke royal-inspired weekend package. The package includes a meet-and-greet by our VIP Guest Relations team, access to the divine realms of London's largest spa, ESPA Life, and a three-course Royal Tour through Corinthia London's world-class eateries.

Also included in the package is the opportunity to complete one's royal duty with an external activity. Choose between:


In addition to the Royal Package, Corinthia London will host a special Jazz Brunch in The Northall on Sunday, June 12th. A feast fit for royalty, the menu is inspired by the lavish 1920's, the decade of The Queen's birth. Dine to the sound of a live jazz band and join us as we raise a toast Elizabeth II, the longest reigning monarch in Britain.

Summary of prices and dates