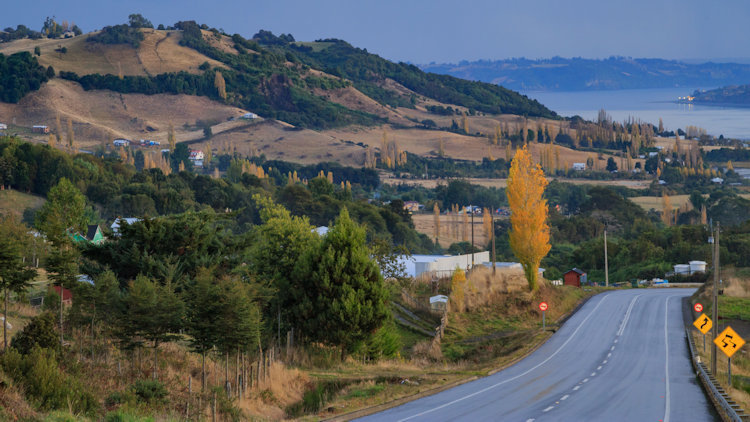 Chile’s rich cultural heritage, lush landscapes, deep blue skies, and exotic adventures have always made it an exciting and popular travel destination. But just off the country’s southern coast, a mysterious cluster of islands known as the Chiloé archipelago holds its own array of wonders. Reachable by ferry, Chiloé’s myths, legends, cultural history, natural marvels, and special culinary options make it the perfect destination for travelers looking to expand their horizons and discover the unknown.

Southern Chile -known to locals as the end of the world- has a deep history with rich stories, myths, and legends that give the islands of Chiloé a mysterious appeal. Travelers can encounter a statue of “El Trauco,” a perverse and frightening character in Chilote culture while hiking in Tantauco National Park. Legend has it that the evil spell of his gaze or the ill-fated power of his breath falls on those who pass him by. Visitors will also learn about “La Pincoya,” the beautiful mermaid that protects the island’s waters, and “El Caleuche,” the ghost ship that haunts them. You may even catch a glimpse of the ship at night and the dancing that takes place on its deck.

Chiloé’s unique location as an archipelago makes for unusual constructions in the middle of the sea and wooden houses sitting on stilts called palafitos. Visitors need to take a ferry ride from Paragua (which may require its own bus or train ride to get to), most of the people in the area are locals, not tourists.

Chile has been inhabited for thousands of years, making for a rich history even before the Spaniard colonization in the 16th century. Many Spanish churches still stand in the archipelago, including the San Francisco Church, which played a great role in the evangelization of Chiloé. It was declared a National Monument in 1979 and a UNESCO World Heritage Site in 2000, making it, and plenty of other preserved churches, an important stop in the itinerary.

Travelers can immerse themselves in the local culture by walking through century-old neighborhoods and stopping by food stalls to meet Chiloets. Chiloets also have a longstanding tradition of sitting around the fire on rainy winter nights and telling stories, narrating the different beliefs that make up local mythology and history.

Chiloé’s blue lakes, lagoons, and rivers, as well as its large forests with beautiful flora and fauna, make it a beautiful landscape for travelers to explore. The Chiloé National Park offers an unforgettable hiking experience. The misty and windy archipelago is also home to the Darwin frog, one of the smallest species on the planet and one that hikers may find along their paths.

Chiloé’s local cuisine is full of traditional Chilean dishes and fresh seafood, visitors can try the typical beef or poultry soups of Chile, fresh salmon, and seaweed from the island, and curanto with chapalele and milcao, typical preparations of Chiloé. The archipelago also has the greatest variety of potatoes ever, with black, purple, white and yellow species only found in southern Chile.

Chiloé’s mystical legends, natural and isolated location, cultural heritage, ecological wonders, and delicious gastronomy make it a unique travel destination for those looking to explore the end of the world.

To learn more about Chiloé and its natural wonders, please visit www.chile.travel/en.