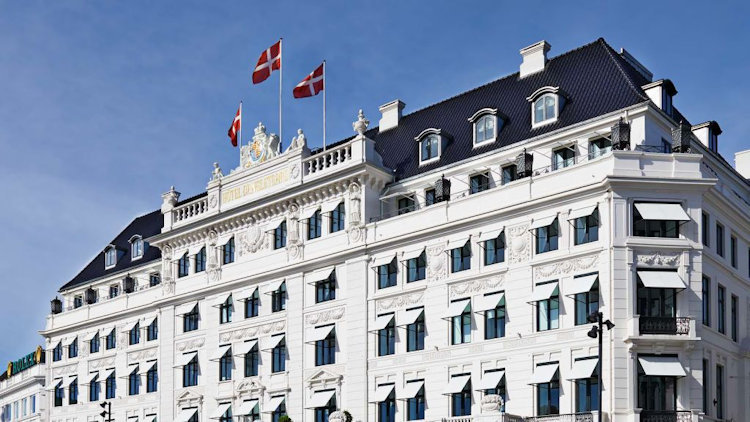 Chef Jakob de Neergaard, one of Denmark's greatest masters of French cuisine, will lift Marchal at d'Angleterre in Copenhagen to new heights with his enormous knowledge and experience in classic gastronomy, both French and Nordic.

The level of gastronomy in Scandinavia is at an all-time high, especially when it comes to the "new" Nordic cuisine, which for many years has repeatedly put the restaurants of Denmark high on the list of "world's best."

The Hotel d'Angleterre has always aimed for the head chef of its gourmet restaurant, Marchal, to have deep roots in French cuisine and, at the same time, have both a love and an understanding of Nordic gastronomy. This is the primary reason the hotel chose the highly experienced and respected Jakob de Neergaard as its new head chef.

Jakob de Neergaard has worked for many years throughout Europe with French cuisine at the highest Michelin level, including at the iconic Ritz Hotel in Paris; at Paris' three-star Alain Ducasse; and the three-star Restaurant Bruneau in Brussels - alongside one of the world's most innovative chefs: Jean-Pierre Bruneau.

"Jakob de Neergaard has a special veneration and a huge talent for classic French cuisine," says Lucas Johansson, General Manager of Hotel d'Angleterre. "And while Marchal will stick to its Nordic roots, we also want to integrate and emphasize the influence of French cuisine; and we are confident that Jakob will lift Marchal to an even higher level."

Chef de Neergaard has represented Denmark as a judge at the World Championships for Chefs, won the award as "Restaurant of the Year," and in his nine years as head chef at Denmark's countryside Søllerød Kro, earned the restaurant its first Michelin star. He is married with two children.

"In my gastronomic life journey, I have never been prouder and more honored than to have been given the opportunity to lead Marchal forward as Head Chef," says de Neergaard. "Marchal is one of my absolute favorite restaurants and it's my ambition and determination to cultivate and combine the best of Nordic and French cuisine into unique and beautiful gastronomic harmony."

When Marchal reopens in the spring, the menu will be redrawn to reflect de Neergaard's gastronomic vision.

For more information about Marchal and the Hotel d'Angleterre, visit: https://www.dangleterre.com.