Croatian Region of Istria is the Must-Visit Destination of 2020 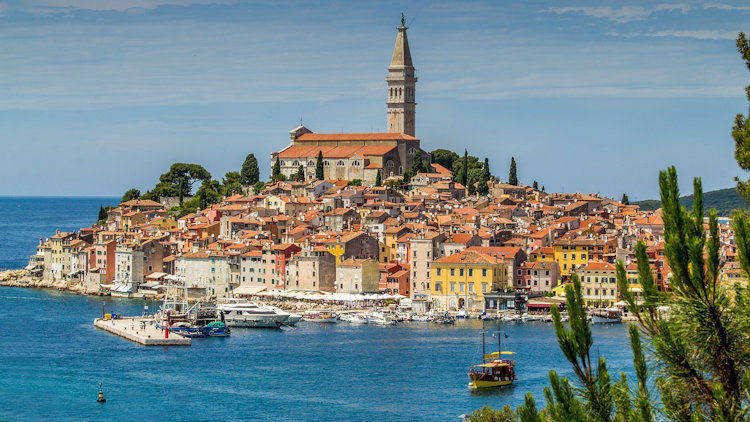 The gorgeous county of Istria, Croatia’s largest peninsula, has been flung into the limelight with the announcement that the port city of Rijeka has been named as the next European Capital of Culture for 2020.

Now travel specialists Unforgettable Croatia are citing the region as one of the must-visit destinations for next year.

Situated in the north of Croatia, Istria is known for its pretty hilltop towns, extensive coastline, and medieval fishing ports. The region has a strong history with areas of cultural significance throughout the region including the world’s sixth largest Roman amphitheatre in Pula and the classic Neo-Baroque architecture of St Blaise’s Church in Vodnjan.

As Croatia’s third largest city, Rijeka was awarded the 2020 European Capital of Culture by the European Union under the slogan ‘Port of Diversity’. This year they released a program named ’27 Neighborhoods’ bringing a range of cultural and artistic events to their city, where small communities from the area can come together to share stories of their everyday lives and the kind of problems they face.

Rijeka is described as the ‘gateway to the Croatian islands’ and offers a number of exciting day trips, but the city itself has plenty to offer with culture and history aplenty. Vacationers can visit Trsat Castle and scale its grandiose staircase, close to the former border between Italy and Yugoslavia. Rijeka is also home to Croatia’s biggest celebration, the Rijeka Carnival, a mass pageant that marks Mardi Gras every February consisting of colorful parades.

Pula is a popular city for tourists and has a wealth of historic architecture thanks to Roman rule. Visitors can walk around the cities narrow cobbled streets and appear at beautiful Roman buildings. The Roman amphitheatre built between 27 – 68 AD, is the only one left in the world that has a complete circle wall and plays host to a range of cultural events such as foodie markets, festivals and cinema screenings. Pula also plays host the Pula Film Festival, taking place over July and one of the oldest film festivals in Europe.

Istria is a gastronome’s paradise with fruitful rolling hills and plentiful coastline. The county has a strong Italian influence as the region had in fact been part of Italy during the early part of the 20th century, meaning its food has a distinctly Italian flavor. Truffle hunting is particularly popular within the region with Istria being the only place other than Italy where rare white truffles can be found. Thanks to its proximity to the Adriatic sea, fish is always on the menu with scampi, octopus, squid, anchovies and sea urchins featuring as some of the freshest catch.

Not only do you have vacationers looking for somewhere to relax, but music buffs also flock to the area. Pula hosts two of Croatia’s largest music festivals, Dimensions and Outlook in the ruins of Fort Punta Cristo.

Istria is definitely one to watch in 2020, with miles of stunning coastline, deep historic roots and of course boasting the next European Capital of Culture, Rijeka.

Croatia travel specialists Unforgettable Croatia offer a range of extensive tours around Istria including truffle hunting experiences, wine tasting tours and the opportunity to explore the cultural city of Pula.