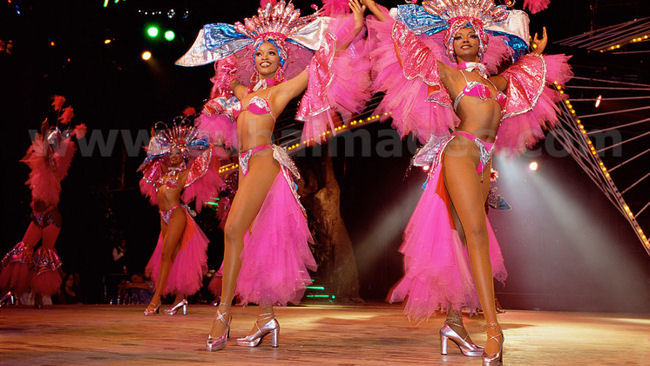 In this cultural exchange, 15 dancers will be taking the stage in their internationally recognized feathered headdresses and extravagant costumes. El Tropicana de Cuba will perform alongside Grammy award-winning Marlow Rosado and El Tucán’s 11-piece house band.

The special three-day performance will take place within the glamorously designed interior of El Tucán. The New Year's show is expected to be a blast from Cuba’s sparkling past, affirming her place in the Latin culture of the future. The New Year’s event will bring dancers from the very place that made Havana’s culture a world-wide phenomenon dubbed “Monte Carlo in the America’s.”

“It is an honor to host El Tropicana de Cuba on El Tucan’s stage. As a Cuban growing up away from home, I have always endeavored to build a bridge with the country and its culture. Brining the Tropicana to Miami will mark a historic day in which the two cultures unite, and what better way than doing this through the power of dance and music?” Adds Emilia Menocal, Creative Director of El Tucán.

The show, which comes during a historic time between US and Cuba relations, will mark the first performance of the Tropicana dancers in the United States after 32 long years. Miami, the “second Cuba,” will host the performers at El Tucán for a specially organized preview of the cabaret’s world tour, which is scheduled to begin in 2016.

“This marks the beginning of normalization between Cuba – Miami relations. The fact that Miami has now hosted acts such as the Buena Vista Social Club, Cucu Diamantes and now el Tropicana, is symbolic of actual change. Being a Cuban from Miami no longer means you have to feel like an outsider to your own culture.” Adds Menocal.

Tropicana grew as a global attraction after its opening in the late 1930s in the Marianao district of Havana. It quickly became one of the top nightclubs and casinos in Cuba, attracting high-end audiences from all over the globe to enjoy performances by world-famous entertainers. Over the years, Tropicana’s stage hosted artists such as Edit Piaf, Rosita Fornes, Celia Cruz, Olga Guillot, Carmen Miranda, Nat King Cole, Liberace, and Pedro Vargas, to name a few. Tropicanahas now been named a National Monument – the beacon of Cuba’s admired cabaret culture.

El Tucán will also be offering a limited menu to accompany the special evening. The offerings feature a number of dishes that are refined twists on a blend of classic Cuban, Latin, and Caribbean fares including a Tuna Belly Tostada, served with a grilled habanero salsa and fragrant herbs. Keeping with El Tucán’s accolades to tradition, in this dish classic tastes are blended together to offer a fresh and modern take on the flavors of Cuba. The Florida White Shrimp is also an enticing option, served with banana, almond, and adobo. These selections are exclusively part of the New Year’s Eve Menu, specially created to celebrate the upcoming New Year and to accompany the rhythms of El Tucán’s highly anticipated Tropicana guests.

At El Tucán, be transported into the past by the rhythm, the sounds, the tastes, and the sights of Tropicana while welcoming all that the future, and the New Year, has to offer.