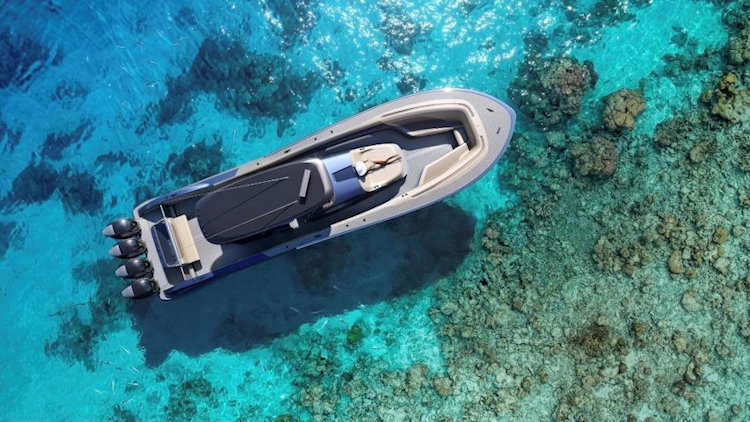 Dan Trocki is the yacht entrepreneur carrying on the mythical legacy of North Carolina boatbuilder Buddy Davis. Before his untimely passing in 2011, Buddy Davis was an enigma known for both his high-quality boats and luxurious designs as well as his laid-back attitude. Davis was a pioneer in creating custom yachts that had high-performance frameworks as well as cutting-edge contemporary design; Davis was actually famous for introducing the “Carolina flare” to the boating world. Beyond his stellar reputation for high quality yachts, Davis was notoriously carefree and casual; Davis solidified himself as a legend precisely because of his reputation as a fun-loving eccentric.

In his later years, Davis decided to get some help propelling his business to the next level. That is why he tapped Dr. Ira Trocki, an entrepreneur from New Jersey. Dr. Trocki built his reputation on his ability to efficiently allocate finances for product manufacturing and delivery projects. Trocki was the perfect person to help Davis grow his business due to his wide experience in various industries, mainly focusing on plastics. By the time Davis and Trocki joined forces in 2004, Dr. Trocki owned a manufacturing factory in New Jersey and had acquired boat brands like Predator, Egg Harbor, and Silverton, among a few others.

This relationship, which started in typical Davis fashion, casually over the phone, flourished for years because Davis and Dr. Trocki perfectly complemented each other. They were the yin and the yang of the boating world.

Dan Trocki, Dr. Trocki’s son, was able to witness their relationship and learn from this wonderful melange of personality and skill. Dan Trocki worked closely with Davis before his death and continued to work with his father after Davis’s death. By 2017, Dr. Trocki knew that his son Dan had learned everything he could and he was ready to run the business on his own.

By the time Trocki took over Buddy Davis Yachts, he had a decade worth of knowledge to draw upon as well as the perfect balance of Buddy’s and Ira’s business skills. While staying true to the brand, Trocki immediately modernized the company and began to emphasize the newest styles, mainly 21st-century euro-design.

Trocki is very specific about how he wants to grow Buddy Davis yachts as well as how he wants to honor his predecessors. Trocki states, “I set out to stretch boundaries in this industry, much like my mentors. They handed me the torch, and I had big shoes to fill, but I was well-prepared and resilient to keep the legacy alive for generations to come.”

Trocki is a young visionary who understands how to establish lasting connections in  high-society. He knows the need to run in the same circles and speak the same language of his target buyers. However, Trocki is a true businessman and knows the values of strategic partnerships as well as a well-connected network.

Since Trocki is very particular about his company’s brand and its ability to deliver on novel products that leave people astounded, he does not take on partners lightly. After turning down a few potential collaboration deals, Trocki and Buddy Davis Yachts went into business with Vandutch. In 2017 the two companies joined forces to create a manufacturing partnership.

Fresh off the heels of the brand's successful collaboration with Vandutch, Trocki sought to further expand on the Buddy Davis legacy with an all-new approach to yacht design. In search of this novel aesthetic vision, Trocki partnered with Italian design powerhouse Pininfarina to infuse its 90-year-heritage of Elegance, Purity, and Innovation into Buddy Davis' signature offering. With an impressive portfolio of leading nautical brands, amongst a host of other verticals, Pininfarina's Miami-based team made an optimal partner for Trocki –– together, they could bring to market a yachting experience that prioritizes both performance and comfort.

The resulting, American-made 46 Center Console will feature the iconic Buddy Davis console hulls, coupled with an all new custom-designed deck and helm to underscore Pininfarina’s signature nautical experience. The new Buddy Davis Center Console design reflects Pininfarina's lauded automotive heritage and European design sensibilities, defined by smooth lines and proportions together with high end finishes. Each yacht from the collaboration will be fit for an icon and encapsulates the essence of art: beauty and power.

"The 46CC is the latest and greatest launch to come from the Buddy Davis Boat Factory for years. Our objectives were to come to market with fresh unique styling and top of the line performance. Buddy Davis & Pininfarina  are true luxury lifestyle brands. The 46CC is a fusion of advanced Italian design and technology featuring American craftsmanship that will provide an irreplaceable experience" said Trocki.

Despite his focus on the Pininfarina collaboration, Trocki is future-minded, which is why he is simultaneously working on other projects as well. Trocki is always sketching up new prototypes with experts such as Franco Gianni and Christopher King. Further, Trocki is incredibly passionate about alternative and eco-friendly engine options. He is currently two years into a hemp plastic and eco-friendly electric engines research project. He took on this research project because Trocki wants to innovate the next revolution of sustainable boating. Much like Henry Ford, Trocki believes the key to this is all in the production.

Trocki is cautious of spreading himself too thin, but believes in the power of diversifying his business ventures and investments. Despite the current economic situation, Trocki is using this time to expand his business in any way he can. He is flourishing, even in this economic climate, precisely because of his integrity and his desire to see everyone succeed.