Desert Oasis: How Did Las Vegas Become an Epicenter of Luxury and Glamor? 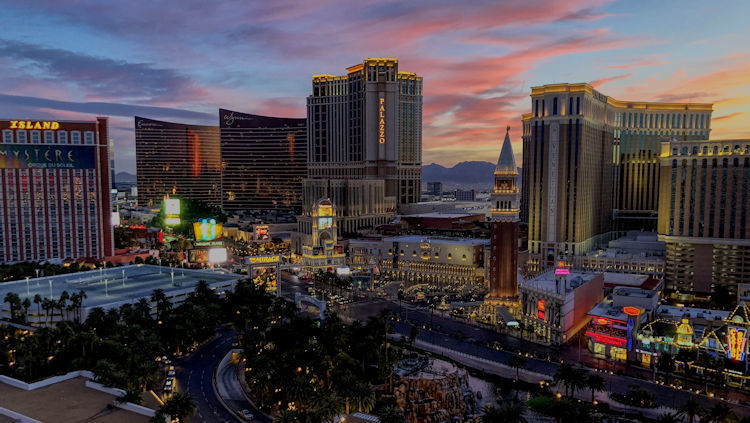 When someone mentions Las Vegas, certain images invariably enter our minds. We think of bright neon lights, ringing slot machines, martinis, champagne, and, of course, lots and lots of money. Las Vegas is more than just one of the world's busiest vacation hot spots; it's also an undisputed center of glitz, glamor, hedonism, and decadence. There are various things you can do in Vegas, which is the primary reason why there are many Las Vegas bachelorette party ideas you can google on the internet.

It's a place where a person can win $40 million in an instant just by pulling the slot reels, while others gladly fork out $5000 to rent a poolside cabana for an afternoon in a 5-star hotel. But how did Las Vegas reach its position as a behemoth of luxury and excess? Let's take a closer look to find out.

Las Vegas has been known as Sin City for almost a century, due to its dubious origins with the American mafia. Famous mob figures such as Bugsy Siegel and Meyer Lansky arrived in the sparsely populated Las Vegas Valley in the 1920s with the hopes of transforming it into a luxurious oasis where anything goes. After building their first casino hotel, The Flamingo (the first hotel in America to have private bathrooms - the height of luxury at the time), the mobsters set out to create an empire, using muscle, bullets, and bribes to get there. The mob may be long gone now, but many of the casinos on the Strip today were financed or built by them.

The success of Las Vegas as a luxury travel destination is based largely on the fact that it is one of the few vacation destinations on Earth that is well known by everyone. Las Vegas has been immortalized in films like The Hangover and Viva Las Vegas, both of which are box-office smashes in which the main character is the city itself, and everything it has to offer. The influence of Vegas can be seen in casino gaming around the world, particularly in the online realm. Even bingo sites have been inspired by the allure of Vegas slots by introducing games such as slingo bingo, which consists of a combination of bingo and classic slots of the Las Vegas variety. When somebody says "Viva Las Legas", you know exactly what they mean. Few other places on Earth can claim that kind of notoriety.

Luxury for the Masses

One of the major draws of Las Vegas is that anyone can feel like a millionaire for the weekend, whilst some people actually become millionaires over the weekend. The ethos of the giant hotels that dominate the Strip is that luxury is for every guest, no matter the size of their bank balance. All casino guests are treated like rock stars, whilst freebies such as steak dinners, limo rides, and room upgrades are given out like candy. Of course, this is all part of an attempt to convince guests to splurge during their stay, but it seems that people are happy to pay a premium to feel like a real high roller.

There are many factors that have shaped Las Vegas into the global pinnacle of excess that it is today. Perhaps most important of these is simply the human desire to succeed and become rich and famous, or at least feel like that until check-out time arrives.