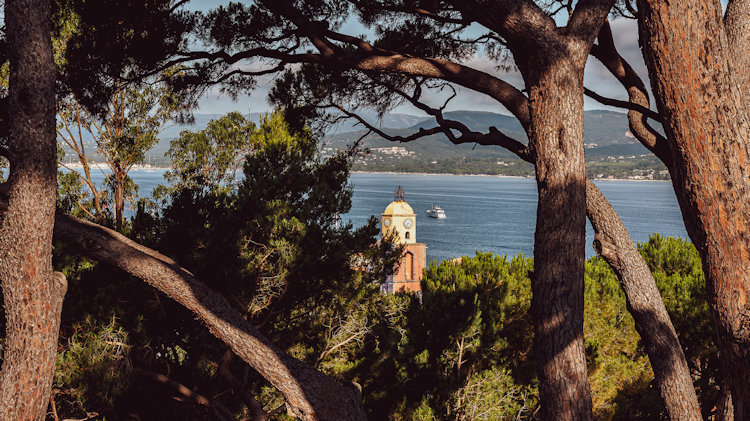 These destinations and properties have been frequented by the glamorous stars and icons of old Hollywood.

Saint-Tropez, France
Once a humble fishing village, Saint-Tropez is now widely known as one of the most high profile coastal retreats in the world. The glamorization and popularization of Saint-Tropez is prominently credited to French actress and golden era of Hollywood icon, Brigitte Bardot. The 1956 film ‘And God Created Woman,’ staring Bardot was extensively shot in Saint-Tropez and the French Riviera. Following the success of the movie, Bardot was launched into an international star and Saint-Tropez emerged from a small fishing village into the modern chic seaside destination and international sensation its known as today. In 2017 Saint-Tropez honored Bardot on her 83rd birthday with a 8’ 2” statue, weighing over 1.5K lbs, which stands in front of the Musée de la Gendarmerie et du Cinéma.

For a hotel that embodies the bohemian charm of Saint-Tropez,  Hôtel Lou Pinet is a luxury hideaway strategically located between Place des Lices and peninsula’s most sought-after beaches — an exclusive address dating back to the 1960s before fever took hold of the little village. Far from the crowds, but still near everything, Hôtel Lou Pinet strikes a perfect balance for the ultimate Saint-Tropez vacation and was designed for those looking for an equilibrium between the thrill of partying and peaceful refuge. Especially created by French architect, interior decorator and designer Charles Zana, the space echoes the vintage Saint-Tropez spirit of the 60’s and 70’s. The hotel features 26 guestrooms and 8 suites - each bathed in natural light with private gardens, spa in partnership with Tata Harper, two bars, it's very own BeefBar restaurant butcher shop, and the largest hotel pool in Saint-Tropez tucked away in a secret garden.

Venice, Italy
Frequented by the stars of old Hollywood, Venice has long been a popular destination for a celebrity holiday. Photos from many decades ago show Elizabeth Taylor and Eddie Fisher vacationing on Burano Island, Paul Newman enjoying a gondola ride, Kirk Douglas lounging on Lido Beach and stars such as Sophia Loren taking in the Venice Film Festival.

Those looking to enjoy Venice’s windy streets, delicious cuisine and history just as the stars of yesteryear did can have easy access to all of Venice’s offerings by staying in centrally located Ca’ dell’Opera. Available for exchange through luxury travel club THIRDHOME, Ca’ dell’Opera was named beautifully decorated in homage to the magical jewel-like opera houses of Venice – the Malibran, the Goldoni and, of course, La Fenice – and in memory of those theatres that have long disappeared, Ca’ Dell’ Opera brims with character individually designed with refinement and taste and marrying Venetian spirit and understated glamour with flawlessly executed Florentine flair. This property has 4 bedrooms/4 bathrooms and is charmingly located in peaceful Campo degli Incurabili, Dorsoduro, close to the Accademia Galleries and the Peggy Guggenheim Collection, and steps from the Zattere with its spectacular view.

Pangkor Laut Island, Malaysia
Pangkor Laut Island is a private escape that lies southwest of Pangkor Island in Malaysia. Accessible only to guests of the exclusive Pangkor Laut Resort, the 300-acre island is comprised of a two million year old rainforest and surrounded by white sand beaches. The property has been a popular vacation destination for years, and has been considered a paradise by none other than Luciano Pavarotti.

Having first visited the island in 1994, Pavarotti made many trips over the years and even officiated the opening of Pangkor Laut Resort’s Spa Village in 2002. In the years since, the resort created a special Pavarotti Suite, perfect for those who are fans of the acclaimed tenor. The elegant two-bedroom suite is set high on a hill in the rainforest overlooking the sea and boasts a luxurious lounge area, open-roofed bathroom and balcony. While staying in the Pavarotti Suite, guests also have access to seven unique dining options , the private Emerald Bay Beach, an exciting jungle trekking program, and the Spa Village, inspired by the healing traditions of the region.

A leader in experiential travel around South America, Quasar Expeditions offers cruises around the Galapagos islands on their two yachts, one of which, the M/Y Grace, has a rich history. After years of being a privately-owned vessel in the 1920s and 1930s, the M/Y Grace was used by the British Royal Navy as a hospital during World War II before being purchased by Aristotle Onasis and gifted to Prince Rainier and Princess Grace Kelly of Monaco for their honeymoon in the 1950s. The boat went on to host the couple and their many illustrious guests over the years, including Winston Churchill. Quasar Expeditions purchased the vessel in 2007 to operate in the Galapagos Islands, where guests can enjoy sailing like royalty and living in a bygone era for a short period today.