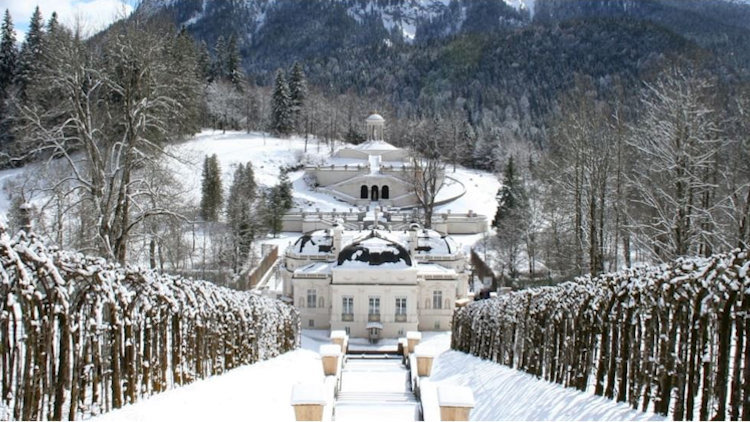 The Charles Hotel, a Rocco Forte hotel, is now offering the most magical German experience – a picturesque trip to King Ludwig II’s enchanting Neuschwanstein Castle and the surrounding charming villages of Bavaria in a vintage car of your choice. See firsthand why the famous and most visited castle in Germany was Disney’s inspiration for Cinderella’s palace.

After a lavish breakfast in Sophia's restaurant, guests will be picked up by a private guide in a vintage car of their choice to start the journey through beautiful Bavaria. First stop will be Marien bridge, a 19th century crossing overlooking the Pöllath Gorge with magnificent views of Neuschwanstein Castle against the backdrop of Tegelberg Mountain. After taking in the views, guests can experience the castle for themselves with a private guided tour to learn about its fascinating history.

Next, guests will travel to the picturesque village of Hohenschwangau for lunch while taking in the magnificent view of the Alpsee, one of the most beautiful lakes in the region. The journey continues on the scenic Romantic Road that winds through charming Bavarian medieval villages to Wieskirche, a rococo church with unique architecture. Take in “Lüftel”, a traditional painting of the Houses of Bavaria when stopping in Oberammergau, a town that has become famous because of its passion for plays, which take place every 10 years. The next play will be staged in 2020. Lastly, go deep into the forest to take in the sights of Linderhof castle, another former castle of King Ludwig II. It is not only the castle itself that fascinates visitors with its elaborate rooms such as the Hall of Mirrors, but also the castle grounds which include the Venus Cave. Legend says it was built in the style of the Blue Grotto of Capri.

Upon returning to the hotel after the magical journey through Bavaria, guests can enjoy a 4-course dinner with wine pairings in Sophia’s Restaurant & Bar.

The Charles Hotel, the "Münchner Kindl" of the Rocco Forte Hotels, is the latest 5-star hotel in Munich with modern design. Located in a unique position between the Old Botanical Garden, the Karlsplatz as well as the Königsplatz, the Hotel is the ideal starting point for business and private travelers. Built in 2007, the award-winning Hotel has 160 guestrooms and suites, which are amongst the largest in Munich with a minimum size of 40 square meters. Olga Polizzi, sister of Sir Rocco Forte, is responsible for the interior design.