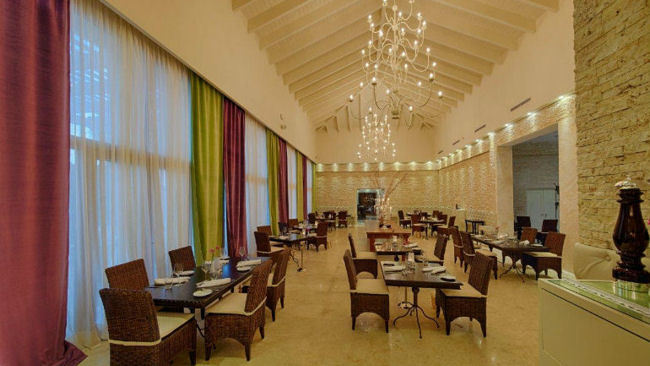 Alongside Eden Roc's Executive Chef Gianluca Re Fraschini, the chef duo will create special menus inspired by the flavors and beauty of their respective properties.

Recognized as an innovative chef, Chef Wolf has been with Manoir Hovey for 14 years. He began his career in his home province of Quebec with an apprenticeship, and later honed his skills at various celebrated New York restaurants under the watch of praised chefs including Alain Ducasse, Daniel Boulud and Charlie Palmer. Wolf continues his education by regularly traveling to the United States and Europe for inspiration from the world's greatest restaurants and seeks harmony between textures and flavors in his dishes. At Eden Roc, Chef Wolf is looking forward to discovering new flavors of the Caribbean and working with Chef Re Fraschini to develop the menu and share tastes from his homeland.

"A taste of Canada in Punta Cana" will be a dinner celebration on Saturday, November 19, at 7:30 p.m. The price is $190.00 per person plus taxes, and includes a welcome cocktail and five-course menu.

Recently nominated for the James Beard Foundation Award for 2016 Best Chef: West, and recipient of the prestigious title of Grand Chef Relais & Châteaux in 2013, Chef Cogley joined L'Auberge in 2011. With delicate interplay between creativity, tradition, and respect for his ingredients, Cogley's food is deeply unique. His style is a sophisticated balance between innovation and unwavering deference for the finest ingredients he procures. Previously, Cogley worked at Charlie Trotter's critically acclaimed restaurant in Chicago and helped to open the Elysian Hotel as Executive Sous Chef.

Chef Cogley will headline "Gifts from the Pacific" dinner on January 14, 2017. The price is $180.00 per person plus taxes, and includes cocktails, canapés, and a five-course menu.

As part of the culinary series, Eden Roc at Cap Cana has enjoyed the privilege of hosting two iconic American chefs this year, including the distinguished Chef Patrick O'Connell of The Inn at Little Washington in February, and Chef Jacob Jasinski of Ocean House in Rhode Island in March.