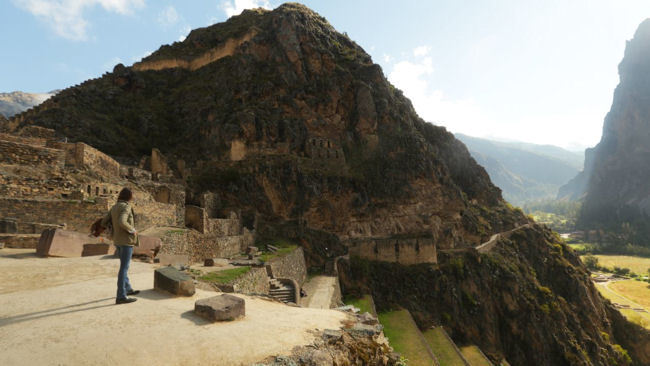 explora Valle Sagrado, set to welcome travelers to the Sacred Valley in Peru beginning July 1, is no exception. In keeping with explora's guiding principles of luxury of the essential and sustainable development, the adventure travel company's first hotel in Peru is designed to celebrate and protect the natural beauty and cultural history of its remarkable setting.

José Cruz Ovalle, winner of Chile's 2012 National Architecture Award, drew inspiration from the Sacred Valley for his design of explora Valle Sagrado. Cruz, who has been part of every explora hotel, notes that, “countless works and vestiges found throughout the region reveal how nature was exalted by the hand of man over many centuries.” All work on the new explora destination was made jointly with the Peruvian Institute of Archeology in order to preserve the ancestral and cultural heritage of the region.

Formed by the Urubamba River, the Sacred Valley of the Incas stretches some 37 miles from the ancient Inca capital Cusco and Machu Picchu. Located at 9,500 feet just an hour from Cusco, explora Valle Sagrado is arranged in four bays on the terraced cornfields of a 27-hectare patch of Urquillos, one of the most remote haciendas in one of the largest Inca farming areas. Each of 50 guest rooms has views of Urubamba Valley cornfields and the impressive Andes range that once sheltered the most important Pre-Columbian civilization. Walls recovered during construction open a window onto life more than 500 years ago and the extraordinary talent of Inca masons who seamlessly fit together blocks of rock with less than the breadth of knife blade between them.

Worn-down Inca platforms and other pieces of history discovered during the construction of the hotel were similarly preserved with utmost care, while the hotel's interior and exterior walls were coated in traditional adobe and Jahuacollay hawthorn.

Pumacahua Bath House, which will open in October just steps from the main building, is another example of the historical legacy of the hotel's location. Built in the 17th century, the large colonial house once belonged to the Inca Mateo Pumacahua, a Peruvian revolutionary who led the Cusco Rebellion of 1814 in Peru's War of Independence. Notes designer Cruz: “Here you find something specific to America: a hybridization of Inca and Spanish architecture where the conquerors built their work on top of the Inca platform wall. We see that in Cusco, as well.”

explora Valle Sagrado will be a journey in itself, encouraging travelers to experience the natural wonders, rich culture and history of the region through more than 20 excursions on foot, bicycle or van led by the company's specially trained exploration team.