Explore New York City as you never have before in New York: Wish You Were Here 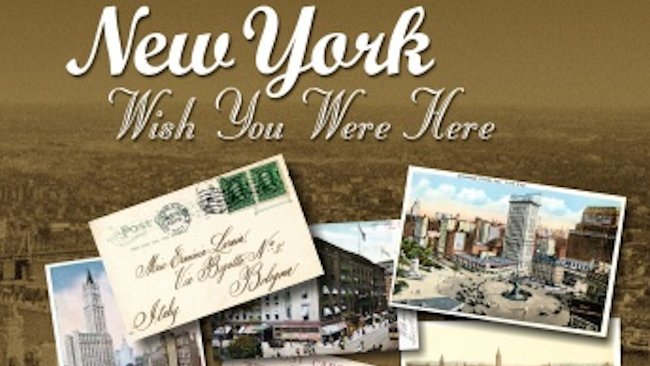 Learn about the history that shaped the Big Apple before the 21st century, and the wealth of trivia that built the “city that never sleeps.” Did you know that Wall Street was once a stockade that marked the end of the city's limits? That Canal Street was built above a canal? That the spire of the Empire State Building was originally used to dock zeppelin planes? That under the Knickerbocker Hotel a private railroad was built for John Jacob Astor and his guests? That the FDR drive was built on landfill shipped from London after WWII? Or that the Cloisters were reconstructed from several medieval abbeys shipped back to the States? This entertaining and informative walk down memory lane has 192 pages chock full of color photographs, antique postcards, and maps, sure to dazzle new and native New Yorkers alike.

Buy book on Amazon.com:
New York: Wish You Were Here by Diana Oliver

We also recommend these books with a nostalgic travel theme: