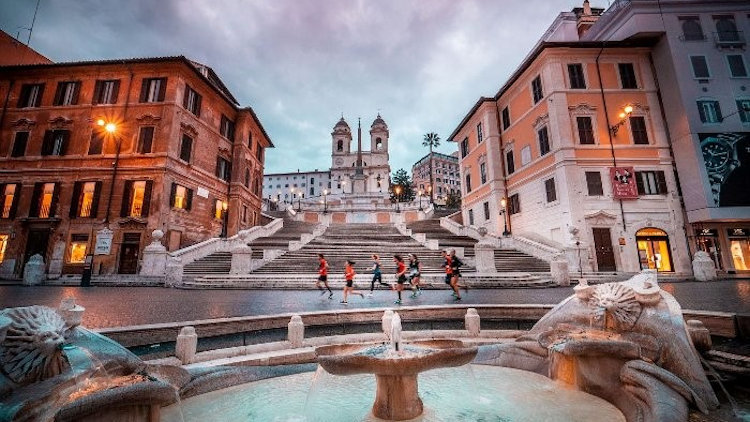 Travelers visiting Rome now have the opportunity to explore the Eternal City’s secret sites with ArcheoRunning’s new Hidden Rome Tour. While running or walking, participants will immerse themselves in the narrow streets of Rome while getting lost in places they’ve likely never seen before. What makes the Hidden Rome Tour stand out are not only the places visited and alleys traversed but the stories behind each.

Completely customizable, highlights include the Vicolo del Biscione - the ancient passage of the Pompeo theater, excavations of the Stadium of Domitian – which later became Piazza Navona, Farnese Palace - one of the most important High Renaissance palaces in Rome, the legend of Torre della Scimmia (Tower of the Monkey), and more. Unique stories and more are revealed during the two-hour tour. For up to 7 in the group, rates for the Hidden Rome Running Tour start at 30€ per person. A solo tour costs 70€.

Participants rediscover historic sites as well as learn about new hidden gems on custom tours that range from 2 to 4 hours. Created for individuals or groups of all ages, tours range up to a 5k (approximately 2.5 miles) with stops made along the way for historical stories and information. Current offerings range from runs through Villa Borghese, Villa Pamphilj and Trastevere to down the Roman Bridges, ancient aqueducts, and Appian Way.

For more information on ArcheoRunning or to book a tour, please visit https://www.archeorunning.com/.