Exquisite Pieces of Art in the U.K. That You Have to See 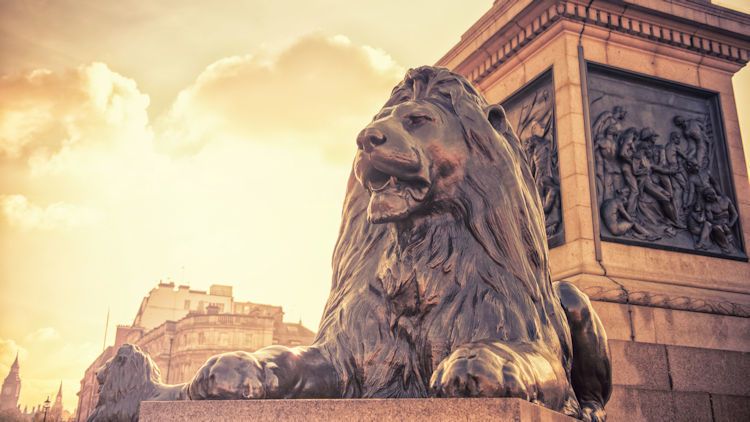 London has been a world-class city for centuries. It’s seen the rise and fall of empires, and been the center of Western arts and history. The city is dotted with centuries-old restaurants, pubs and public squares. There are palaces and parks where some of the world’s most prominent historical figures walked. Today, London and the rest of the United Kingdom is more diverse than ever. People from all over the world are drawn to London because of its prestige as a financial and cultural center. People from South Asia, Africa the Middle East, China, and the United States have made the U.K. one of the world’s greatest melting pots. In London, almost everywhere you go you’ll hear multiple languages being spoken. There’s always a great international food spot within arm’s length and friendly people to chat up about what brought them to town. People love the U.K. for a lot of reasons, but one of them is most certainly its artistic heritage. London, the center of the country’s art scene, has incredible monuments, museums and historic sites to keep you busy for weeks of exploring. Here are some of the most exquisite art pieces in London that everyone should see sometime in their lives.

Located in central London, Trafalgar Square is one of the city’s most visited sites. People from all walks of life gather to sit and people watch, take in art and dance shows, or visit some of the many museums in the area. The lions protect the square and guard Nelson’s Column. They were designed by Edwin Landseer in 1867 and draw millions of tourists each year. There are four lions, each forming a perimeter around Nelson’s Column. Landseer came under intense criticism during his time preparing the sculptures. He was accustomed to painting other animals, namely dogs, and spent years studying lions to prepare himself for the Trafalgar Square work. The lions were ultimately completed almost a decade after he won the initial commission.

Originally designed by John Nash in 1827, the Marble Arch was meant to be the state entrance to Buckingham Palace. It’s been moved a few times to accommodate the developing city, but no rests on a huge traffic island near Oxford Street and Park Lane, two of London’s most prestigious roads. Only members of the U.K.’s royal family are allowed to pass through; it’s opened during ceremonial processions. The Marble Arch is made from white calacatta marble, however, it lost some of its coloring due to heavy pollution in London in the mid-1850’s. It’s now a smoky gray. Marble Arch has a station named after it and is one of London’s most famous landmarks.

London’s National Gallery has one of the world’s greatest collection of priceless art pieces. The gallery has the following pieces:

The Water-Lily Pond: This painting is one of Monet’s most well-known masterpieces. Money painted it in 1899. The water-lily series he’s known for came before he suffered from cataracts, which impaired his vision and ability to paint.

Sunflowers: Van Gogh painted his series of sunflowers in 1888. He managed to finish the majority of them in just days, which initially drew some scorn from his contemporary artists when they were presented. However, his rise to fame makes all of his paintings a wonder to behold.

The Skiff: In 1875, famous painted Renoir created one of the time’s most impressive examples of impressionism. He was known to use vibrant colors, and The Skiff shows off his use of yellows and oranges to create sunlight effects on the water.

Street artist Banksy shot to fame in recent years for his satirical pieces found unannounced around cities like London and New York. In his 15 years, he put out a massive amount of artwork, and London was one of his more preferred locations. While some of his work has been destroyed by vandals or the government, some of the still stand in their original locations.

Graffiti Painter: This work portrays a well-dressed classical artist painting on a piece of graffiti that says “Banksy” in red spray paint. It’s located near Portobello and Acklam Road in the Notting Hill neighborhood. The artist portrayed is a Spanish Painter named Diego Velasquez. It’s a mashup of street art and Baroque painting. It’s since been sold for over 200,000 pounds, but still sits in its original place behind Plexiglas for the public to visit.

Choose Your Weapon: Choose Your Weapon is a mural in South London in The Grange. It was first noticed in 2010 but was covered in boards shortly thereafter. The mural depicts a person wearing a hoodie holding a leash with a barking dog. The dog is painted in Keith Haring’s style. Haring died in 1990, and the piece is widely recognized as an homage to him.

Graffiti Wallpaper Hanging: This mural was discovered next to Regent’s Canal tunnel in London. It was found in 2009, and depicts a public worker covering graffiti with grey paper that’s being pasted on. The wall is particularly famous because of a tit for tat over the area between Banksy and King Robbo, a London graffiti legend. Both artists modified each other’s work several times, but the friendly feud stopped when Robbo was hospitalized and eventually died.

The ArcelorMittal Orbit is for modern art sculpture fans. It’s a red sculpture that stands 114.5 meters high in Queen Elizabeth Olympic Park in London. It’s also known to be Britain’s largest public art piece and is a tribute to the 2012 summer Olympic games. The piece is a result of a design competition held in 2009 to draw attention and publicity to the games. The designers, Anish Kapoor and Cecil Balmond said they received inspiration from the biblical story of the Tower of Babel. The structure features an amazing amount of twisted steel that rises into the sky.