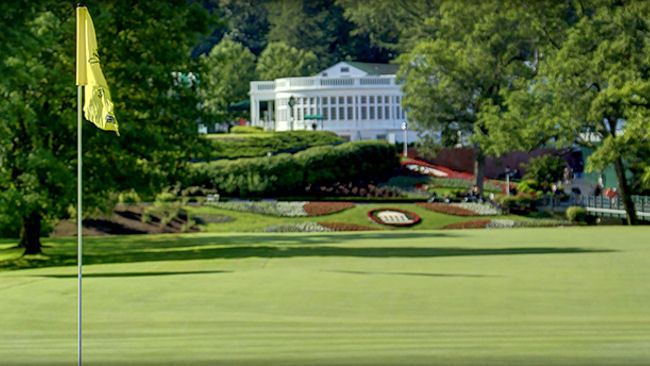 The PGA TOUR FedExCup event will make its annual stop at The Old White TPC Course at The Greenbrier July 3-9, 2017.

“Some of the biggest names and top players in the game will be part of the tournament, and we can’t wait to welcome them to America’s Resort,” said Habibi Mamone, Executive Tournament Director, The Greenbrier Classic. “We always have had a competitive tournament, and with these great players on a newly restored course, we’re expecting more of the same in 2017.”

Five-time Major winner Phil Mickelson headlines the list of Greenbrier Classic participants who have won golf’s biggest tournaments. The Greenbrier’s PGA TOUR Ambassador won the Masters in 2004, 2006 and 2010, as well as The Open Championship in 2013 and the PGA Championship in 2005.

When it comes to the Official World Golf Rankings, six of the world’s 30 best players will make their way to The Greenbrier Classic.

Patrick Reed, who is ranked No. 17, is the highest to commit so far, and he’s followed closely by Kevin Kisner at No. 22. Mickelson is currently No. 24 in the world, while Kevin Chappell is No. 25. Brian Harman (No. 27) and The Players Championship winner Si Woo Kim (No. 29) are the other Top 30 players who plan on teeing it up on the newly restored Old White TPC Course.

Other highly-decorated players committed to The Greenbrier Classic in 2017 include Luke Donald, a five-time winner on the PGA TOUR who was the PGA TOUR Player of the Year in 2011, and Rory Sabbatini, a six-time PGA TOUR winner.

Players have until June 30 to commit to play in The Greenbrier Classic in 2017.

Complimentary grounds badges will be offered to patrons for all seven days of The Greenbrier Classic. Fans are asked to visit GreenbrierClassic.com to register for their free badges while supplies remain. Because of overwhelming demand, ticket sales will end June 30 at midnight.
Like Us
Facebook
Follow Us
Twitter
Follow us
Instagram