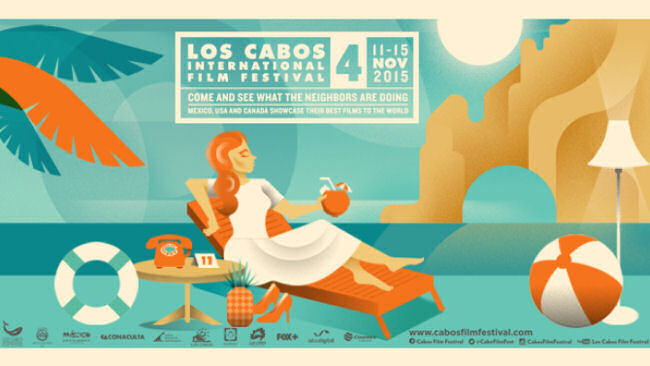 With a lineup of critically acclaimed and highly anticipated films, the festival will explore films among genres such as horror, science fiction, black comedy as well as contemporary film.

Los Cabos International Film Festival, the first of its kind in the region, aims to create a cultural and commercial exchange in the film industry and the Los Cabos Tourism Board is pleased to support the event as a sponsor again this year. The film festival offers a variety of national and international premieres in Mexico, allowing film industry leaders to exchange ideas and new projects with film industry guests.

Centered around the tagline, "Come and See What The Neighbors Are Doing", last year's five-day event drew global attention with the attendance of A-List celebrities such Reese Witherspoon to introduce her film, "Wild;" in addition to Rosario Dawson, who presented a tribute award to Atom Egoyan, writer, producer and director of "The Captive", in which Rosario Dawson and Ryan Reynolds starred. This year, Mexico, Canada and the United States will showcase their best films to the world and will close with a featured screening of "Steve Jobs," the highly anticipated film from the acclaimed British director, Danny Boyle (Slumdog Millionnaire, Trainspotting, 127 Hours). The film festival also recently announced two films for it's Gala Program: "Carol", by American director Todd Haynes in it's Latin American premiere and in it's Mexican premiere, "Remember" by Canadian director, Atom Egoyan.

Film industry guests, government officials, the Los Cabos community, as well as local, national, and international media will enjoy the Official Film Selection lineup and participate in activities throughout the five-day event.