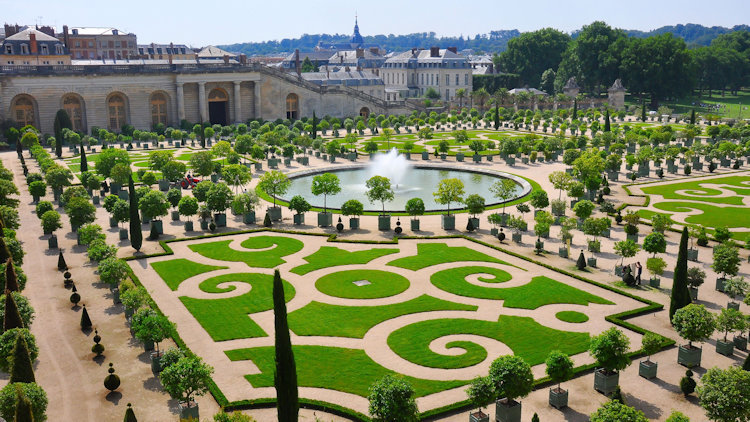 Airelles is offering a ‘first-look’ at the eagerly-awaited Airelles Château de Versailles, Le Grand Contrôle which is set to open its doors in spring 2020. Tipped to be The hotel opening of next year, Le Grand Contrôle will mark the fourth property for the prestigious hotel collection which comprises Les Airelles in Courchevel, La Bastide in Gordes and, as of next month, Mademoiselle in Val d’Isere.

Set within the grounds of the iconic Château de Versailles with views over the Orangerie, the Pièce d’Eau des Suisses and The Palace, Le Grand Contrôle will be the only hotel of its kind in the world, featuring 14 luxurious rooms and suites, a signature Alain Ducasse restaurant with terrace, bar, restorative spa by Valmont and a 15 metre indoor swimming pool. Guests will be able to retrace the footsteps of Louis XVI and Marie-Antoinette unencumbered, with exclusive experiences in The Palace and grounds.

As was customary at the time, the larger suites will be located on the lower floors, including a 120 m2 signature Suite, complete with four poster bed, striking chandelier, spacious bathroom with views onto the Orangerie garden and a generous living area. Also on the first floor, will be The Grand Salon providing an inspiring place to relax, read a book or simply take in the majestic 18th century surroundings. 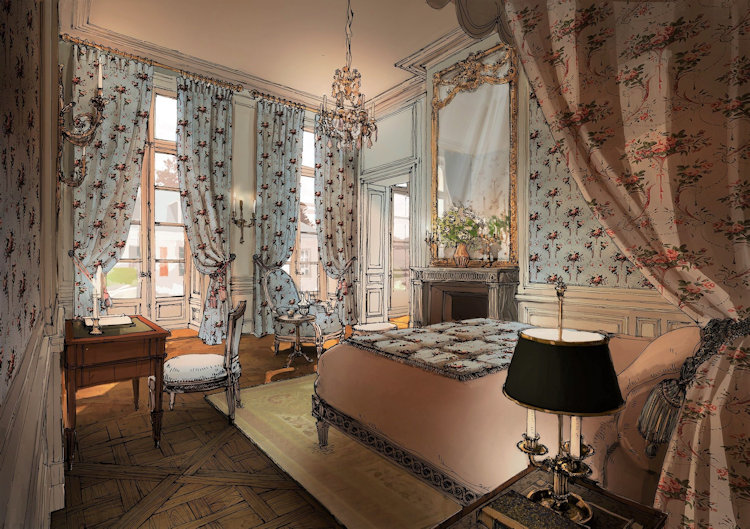 The hotel will be housed within three historic buildings; Le Grand Contrôle, Le Petit Contrôle and the Pavillon des première cent marches, built in 1681 by Louis XIV’s favourite architect, Jules-Hardouin Mansart.  From Louis XV to Louis XVI’s reign, the buildings functioned as the equivalent of today’s Ministry of Finance, playing host to the European cultural elite who would discuss some of the most significant political and economic issues of the day, including the first steps towards American independence. In 1857 the buildings were entrusted to the Army and an officer’s mess was established there until it was decommissioned in 2004.

In 2016, The Public Institution of the Palace of Versailles awarded Airelles and Ducasse Paris the contract to develop a luxury hotel within Le Grand Contrôle.  Highly revered architect and interior designer, Christophe Tollemer was appointed and has spent the last four years painstakingly restoring the property back to its original eighteenth century splendour, spending many hours consulting the Palace archives. The year 1788 has been used as a benchmark for the renovation which is when the building’s last inventory took place. A dedicated Scientific Consulting Committee has been established to supervise the restoration and ensure accuracy and authenticity throughout.

Tollemer, also the chosen designer for the existing Airelles properties, has handpicked original eighteenth century furniture, art and artefacts representative of the era, taking direct inspiration from the neighboring Petit Trianon Palace* and Louis XVI’s personal style.  A number of highly-respected craftspeople from France have been commissioned to recreate some of the original features, including wood paneling and flooring.  Internationally acclaimed Maison Pierre Frey and the Royal Manufacture of Aubusson have created beautiful bespoke fabrics for the property’s upholstery.  In keeping with the lighting style of the era, each of the individually-designed 14 rooms and suites will feature a grand eighteenth century-style chandelier, flanked by antique wall lights and candles.

Rates at Airelles Château de Versailles, Le Grand Contrôle will start from $1,439 including breakfast. Reservations will open on February 3 2020.

* The Petit Trianon is a small château located in the grounds of the Palace of Versailles, built between 1762 and 1768 during the reign of Louis XV of France and was Marie-Antoinette’s favorite place