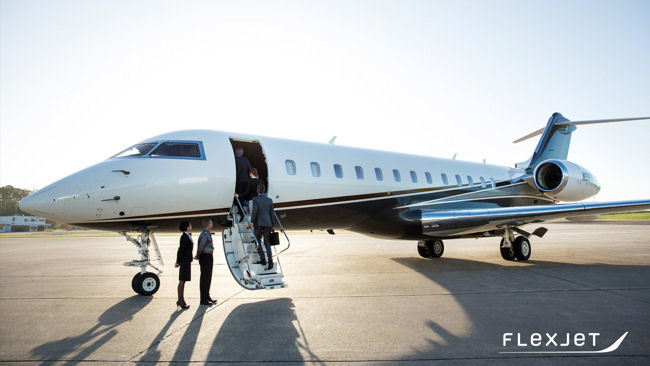 This is on top of a 20% spike in new business they experienced in 2016. As a result, they also announced that they will be hiring a significant amount of new pilots to service this surge in demand for private flying.

We interview Flexjet about how the market dynamics at play have led to their surge in new business in 2016 and so far in 2017.

What is Flexjet’s 2017 demand so far and what do you expect for the busy summer travel season?

Flexjet has experienced new business that increased 25 percent in the first five months of 2017 compared to the same period in 2016, on top of 20 percent growth in new business during 2016. This has resulted in very robust flying activity during the first half of the year, and we expect this summer to be one of the busiest we have ever experienced.

What are the market dynamics at play that have led to Flexjet’s surge in new business in 2016 and so far in 2017?

Broadly speaking, the private jet industry is an indicator of overall business sentiment. With both the economy and markets performing well, flying activity and interest in our offering has trended positively. Within our industry, we have introduced innovations to the fractional private jet marketplace that have allowed us to outperform the industry. That includes our Red Label by Flexjet offering which aims to offer to our fractional Owners a private flying experience as personalized as whole aircraft Ownership.

How has Flexjet differentiated itself?

Red Label by Flexjet has proven to be a major differentiator. All of the elements of Red Label are not offered by any other operator of private jets. There is nothing else like it in fractional private jet travel. Red Label provides fractional owners with a level of premium customization that fosters a private flying experience as personally rewarding and empowering as owning your own aircraft outright. The three main components include:

Flexjet prides itself on offering the industry’s most personalized and tailored approach to account management. The world-class service our account management team and pilots provide is one of the many reasons for our unprecedented levels of Owner referrals, which grew 23 percent in 2016 versus 2015 and have continued to increase this year.

What are the different ways in which Flexjet provides people with access to private jet travel without having to purchase an entire aircraft outright?

Flexjet focuses primarily on fractional ownership. Fractional ownership aims to offer the experience of whole aircraft ownership without the need to manage crewing and maintenance for the aircraft. Designed for the traveler who flies 50+ hours per year, fractional private jet ownership allows you to purchase equity in a specific aircraft. The number of hours you can fly per year is dependent on how much of the jet you own. With fractional ownership, most costs are fixed and predictable for the duration of the contract, and service and aircraft availability are guaranteed.

What are the new aircraft that will be joining your fleet in the coming months based on demand for more aircraft with global range, as you have stated in past press releases?

These large-cabin and long-range aircraft allow our Owners to reach almost any destination from North America without having to stop.

Via our sister company Flexjet Ltd, we offer a dedicated fleet of Nextant 400XTi light jets based in Europe. Flexjet Owners flying there can now make the crossing from North America to Europe in one of our large-cabin offerings, and can utilize the fleet of European-based Nextant 400XTi light jets for practical intra-European travel to city pairs within the continent.