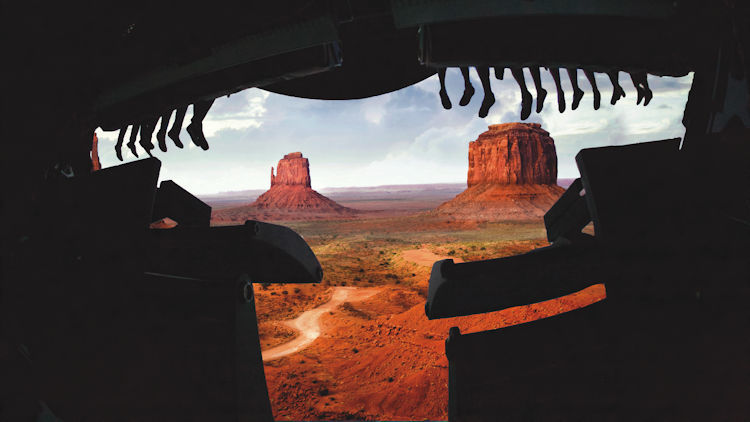 FlyOver, an immersive flight ride from global attractions and hospitality company Pursuit, will debut this fall on the Las Vegas Strip. The dynamic attraction will take guests on a multi-sensory journey as they soar over the American West’s most iconic locations and natural wonders as part of this cutting-edge entertainment experience.

A 52-foot vibrant spherical screen will surround guests as they glide through picturesque destinations including the Las Vegas Strip, Grand Canyon, Zion and Arches National Parks, Lake Tahoe and more seen from a first-person perspective in sharp, stunning high definition. Developed by Brogent Technologies, Inc., the attraction uses a state-of-the-art moving platform with six degrees of motion that enable guests to feel every sweeping movement of the journey. Special effects including wind, mist and location-specific scents heighten the immersive flight ride as guests hang suspended with their feet dangling above the world’s most stunning natural wonders.

“FlyOver in Las Vegas will give visitors a new and visually stunning way to see breathtaking landscapes of the American West. Much like our FlyOver concepts around the world, our new Las Vegas attraction will push the boundaries of escape and take guests on the ultimate flying ride adventure,” said Lisa Adams, Vice President of FlyOver Attractions.

The new Las Vegas concept will mark the third FlyOver destination for the global travel and hospitality brand. Additional details on the flight ride film’s content and creative team will be announced in the coming months.

The attraction will add over 100 new tourism jobs to the Las Vegas market.

For more information on FlyOver in Las Vegas, visitflyoverlasvegas.com.